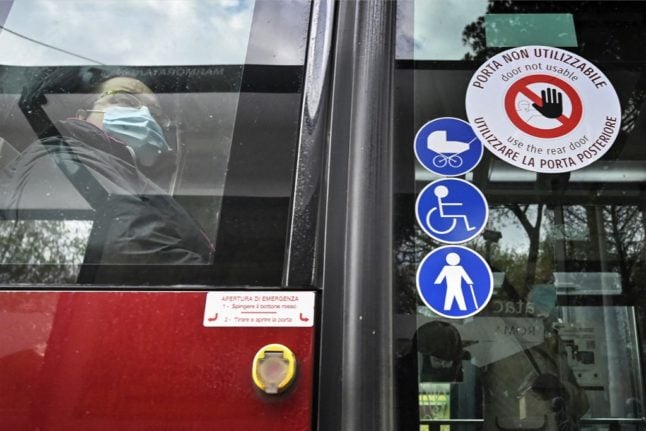 Italy currently requires passengers on public transport to wear FFP2 masks, but this may be changed to allow any type of mask to be used. Photo by Alberto PIZZOLI / AFP

Italy’s health ministry is set to decide by Wednesday, June 15th, whether to keep the requirement to wear masks on all forms of public transport and in healthcare settings, with the current requirement to expire on that date.

So far ministers have not stated what the plans are, as the government is reportedly split over whether to lift the mandate in these situations.

The requirement to wear masks currently remains in place on all forms of public transport, in cinemas, theatres and concert halls, at indoor sporting events, in schools, healthcare settings and care homes.

Under the health ministry’s ‘roadmap’ back to normality, almost all measures are set to be scrapped by June 15th in time for the official start of summer.

But the Italian government has already delayed the end of the mask mandate once, on May 1st, and reserves the right to make changes to the plans depending on its assessment of the Covid-19 contagion risk level.

The health ministry is yet to give confirmation of exactly how the measures will change once the current rules expire, and when.

Junior health minister Andrea Costa suggested on Wednesday that masks will remain obligatory on public transport and in hospitals and care homes, perhaps until September.

He told Radio Capital that masks may remain compulsory in “the most crowded places and those where a little more prudence is needed”.

They will no longer be compulsory in other situations, he said.

Though the health ministry is yet to make an official announcement, this was long expected to be the case.

Italian Health Minister Roberto Speranza confirmed in late May that the government plans to remove the mask mandate in other settings.

“We will certainly be able to remove [masks] in cinemas and theaters. As for public transport, we will consider it,” he said.

Speranza is reportedly strongly in favour of keeping masks mandatory on all forms of local and long-distance public transport, including on domestic flights, with other cabinet ministers in the coalition government pushing to end all restrictions to aid the recovery of tourism.

Italian media reports speculate this week that if the mask requirement remains in place, the rules may be relaxed to allow passengers to wear lower-grade surgical masks rather than the more protective FFP2 masks currently required.

It is not clear whether masks will remain mandatory on international flights to Italy.

This rule could now be dropped after Italy chose to keep the requirement in place until June 15th despite the lifting of an EU-wide mandate in mid-May.

READ ALSO: ‘I hate masks’: Why some visitors choose not to travel to Italy this summer

The decision as to whether masks are required on flights to the country could reportedly be left up to individual airlines. Italy already allows airports to decide their own rules on masks.

There has been no indication as to whether the government also plans to relax the rules on quarantine and isolation for those who test positive for Covid-19.

The government is reportedly set to confirm changes following a cabinet meeting on Wednesday, though the rules on the wearing of masks in schools during upcoming exams are expected to be decided on Monday.

Speranza’s decision will no doubt be influenced by the recent rise in the contagion rate, which is now evident in 14 of Italy’s 21 regions and autonomous provinces.

After weeks of steadily falling infection rates overall in Italy, the contagion curve has now risen again, from a seven-day average of 15,000 last week to 21,000 this week.

There is particular concern about local spikes in cities, such as Milan, where the daily number of new confirmed cases shot up from 261 to 1,095 within the space of a week.

While hospitalisation numbers and the death toll are not showing any sign of increasing at the moment, at this stage in the pandemic we know that these numbers usually rise a couple of weeks after the infection rate.

The recent increase in Italy, as in other countries including Portugal and Germany, is thought to be due to the spread of the coronavirus sub-variant BA.5, which the Italian Higher Health Institute (ISS) says is more contagious and has a greater ability to circumvent immunity given by vaccines.

Current estimates of the number of cases in Italy caused by BA.5 range from 1.4 percent to 13 percent of new infections. 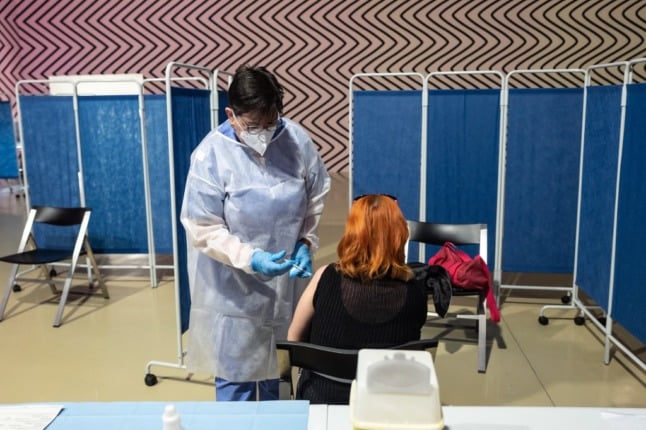