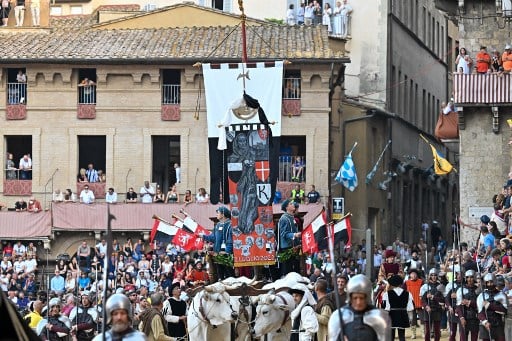 The spectacular historical parade preceding the Palio di Siena is just one of the events you can catch in Italy this summer. Photo by Alberto PIZZOLI / AFP

This year, for its 11th edition, the festival will move from its usual location, Fabrica di Roma, to the village of Monterosi, around 40 kilometres south of Viterbo.

But the new location will not affect the festival’s winning formula. Once again, the scrumptious meat-based delicacies of Lazio’s farmland cuisine will fill the bellies of all those in attendance while local bands take turns in performing treasured folk songs.

They say the mutton dumplings (gnocchi al castrato) are to die for…You’re welcome to go and judge for yourself.

For further details or updates about the festival, please check out the organisers’ Facebook page.

As usual, the most anticipated event of the Venetian summer will take place on the third Saturday of July, falling on July 16th this year.

For those unfamiliar with the event’s history, the Festa del Redentore (Feast of the Redeemer) commemorates the end of the plague that, between 1575 and 1576, decimated Venice’s population, killing as many as 46,000 residents.

A number of events take place on the weekdays preceding the feast itself, including the construction of a floating walkway connecting Venice to the nearby Giudecca island.

However, most of the action unfolds over the weekend. Residents kick off celebrations in the early afternoon of Saturday and only take a break around 11.30pm, when everyone stops to gaze at the traditional 40-minute fireworks display held over the lagoon’s waters.

After the fireworks show, parties carry on through the rest of the night, finishing in the early hours of Sunday.

As Venice residents will tell you, every year thousands of people from all over the world storm to the city to partake in the Redentore celebrations. If you’re looking to join in, plan your weekend to a tee to avoid missing out on any of the scheduled events.

Also, watching the fireworks from Venice’s waterfront or on a private boat is free for all, though booking may be required for some areas of the city. 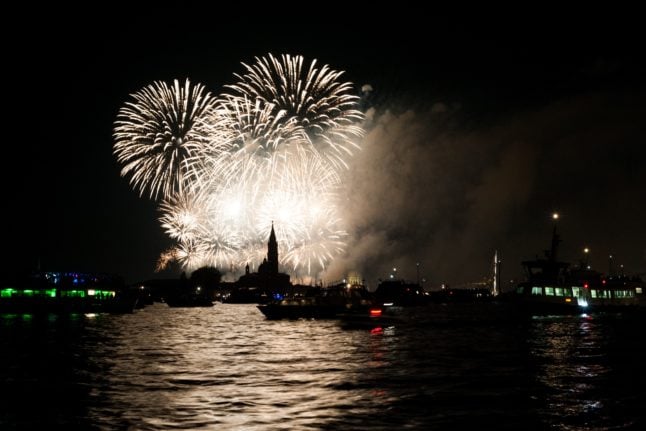 The Feast of the Redeemer is the most anticipated event of Venice’s summer, attracting thousands of international visitors every year. Photo by Marco Chilese via Unsplash.

As usual, the festival, which has now reached its 14th edition, will be held in Trapani, on Sicily’s west coast. According to tradition, food stalls will be set up in the city’s ancient fish market, a vibrant gathering place exuding local history and age-old culinary traditions.

As in previous editions, the festival will offer visitors the opportunity to feast on the toothsome staples of Sicilian street food – arancini, panelle, sfincione and so on – as well as specialties from other parts of the peninsula.

Unlike in previous instalments, this year’s festival will also feature a wine-tasting area, where the lucky attendees will be able to sample the local vino while watching the setting sun sink into the Mediterranean sea.

For details about the festivals’ scheduled events, please check out the dedicated Facebook page.

Ferragosto is by far the biggest summer holiday in the bel paese, unofficially marking the peak of the Italian vacation season.

Currently celebrated on August 15th, the day in which, according to the Catholic Church, the Virgin Mary ascended to Heaven, the holiday’s origins actually precede the advent of Catholicism.

In fact, Ferragosto is named after the Feriae Augusti, the festivals introduced by Roman emperor Augustus in 18 BC to celebrate the harvest and give farmers a much-deserved period of repose after the hard labour of the previous weeks.

Nowadays, the holiday, which is rigorously observed all over the country, is for the most part a mixture of religious events (special church services, processions, etc.) and other celebrations, with most major cities offering an array of cultural and/or live music events, and fireworks displays.

The Italian sun is usually scorching hot in August, especially so in the centre and south of the country. So, if you’re planning to spend Ferragosto in Italy, be sure to take a good-sized tub of sunscreen with you or, if you really can’t stand the heat, head to one of Italy’s coolest locations instead.

The Palio di Siena is one of the most popular horse races in the world and Tuscany’s most anticipated summer event.

The race, first held in 1633, takes place twice a year on July 2nd and August 16th. The July palio is called Palio di Provenzano, whereas the August one is known as Palio dell’Assunta as a homage to the Assumption of Mary, celebrated by the Catholic Church on August 15th.

Both events are held in the magnificent Piazza del Campo, a shell-shaped mediaeval square where ten jockeys and their randomly assigned horses compete for the glory of their city district (contrada).

Contrary to what some may think, the palio isn’t just a horse race. Rather, it’s a vibrant cultural occurrence celebrating the age-old rivalry between Siena’s 17 contrade.

A number of events take place in the three days preceding the race, including several trial runs and the momentous tratta (draw), where each competing contrada is assigned a horse.

Finally, on the day of the palio, a spectacular historical parade made up of nearly 700 participants enchants the public just before the start of the race. 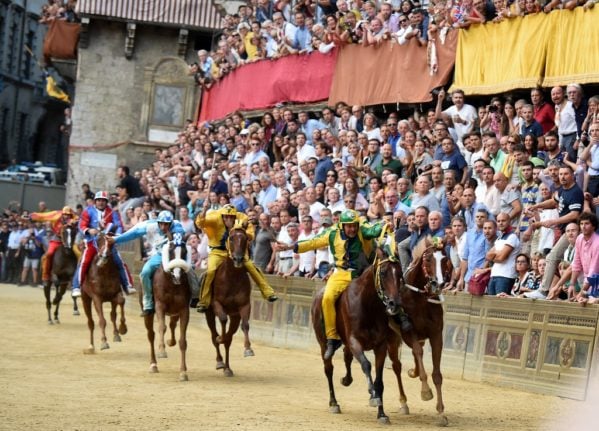 Every year, on August 26th, the picturesque village of Saint Alexander, on the northern coast of Ischia, celebrates its patron saint with a distinctive historical costume parade.

Hundreds of participants, dressed in striking Greek, Roman or mediaeval costumes, take to the streets of one of Italy’s most dazzling islands, marching from the iconic Aragonese Castle to the small Church of Saint Alexander, right by the main harbour.

Once the traditional mass at the aforementioned church draws to a close, the village residents kick off celebrations, with all the lucky attendees having a chance to sample the specialties of the island’s cuisine and listen to the local folk music.

Parties generally go on until the late evening.

The Notte della Taranta (Night of the Taranta) is one of Italy’s biggest live music festivals and, without a shadow of a doubt, the most awaited event of the Apulian summer.

As suggested by its name, the event celebrates the taranta, a set of upbeat traditional folk dances which are thought to have originated in the Salento peninsula at some point during the 17th century.

The festival, currently in its 25th edition, will be held on August 27th in Melpignano, a small town 30 kilometres south of Lecce.

This year, Italian composer and producer Dario Faini, commonly known by his stage name, Dardust, will conduct the local orchestra, delighting those in attendance with a modern reinterpretation of Puglia’s traditional folk music.

A number of eminent national and international artists are also expected to feature in the show, though the identity of said artists hasn’t been revealed yet.

In line with its popular spirit, the Notte della Taranta is a free event and is open to all. As ever, the best way to receive updates about the festival is through its dedicated Facebook page. 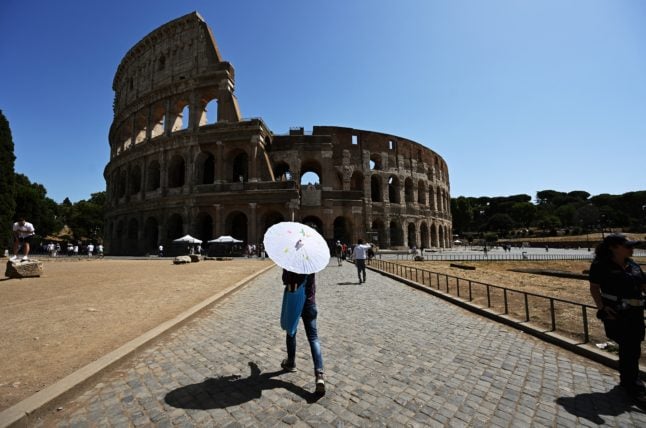 DISCOVER ITALY
What to do in Rome this August 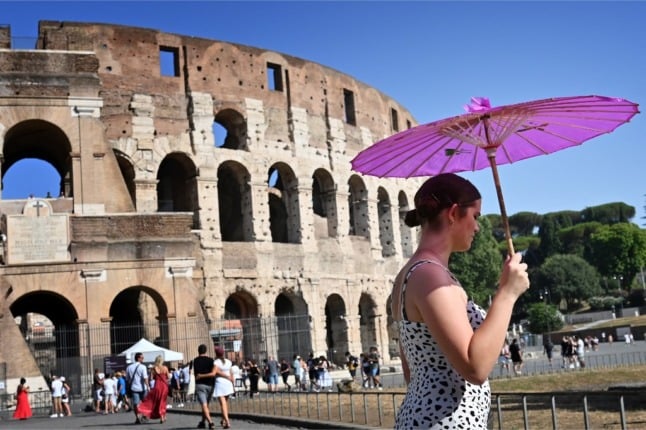 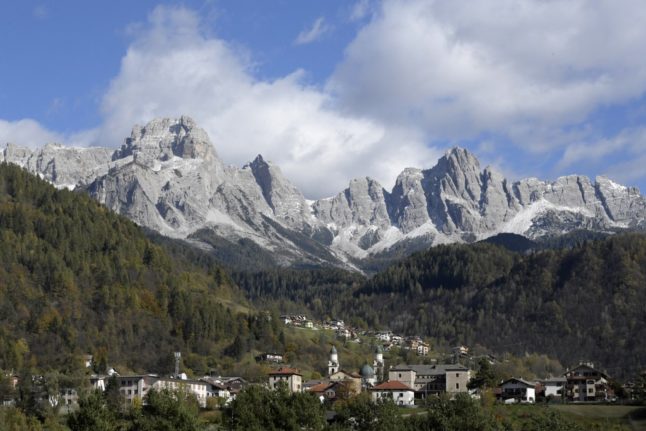 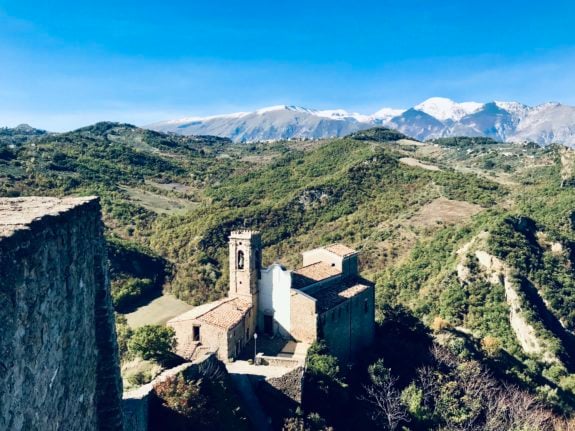