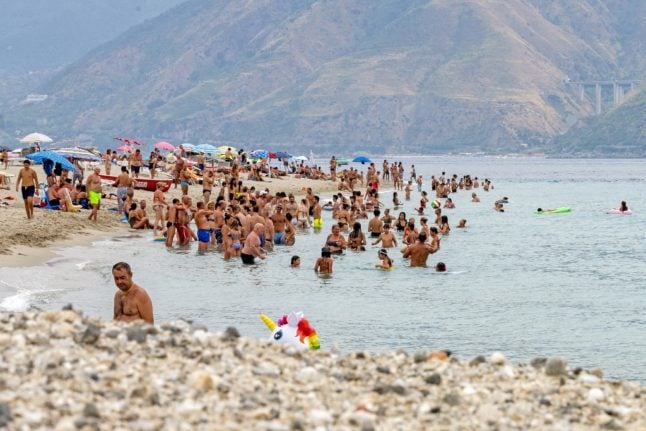 Many Italians use the August 15th public holiday to escape the heat of the city and enjoy the beach. Photo by Giovanni ISOLINO / AFP

August is holiday season in Italy and Ferragosto, which falls on the 15th day of the month every year, officially marks its peak.

On the day, Italy is known to experience a sort of collective shutdown, with everything from post offices to public transport being unavailable and only a few bars and restaurants keeping their doors open.

But why is August 15th a national holiday and why is it called ‘Ferragosto’?

Briefly, August 15th is when Catholics commemorate the Assumption of Mary; the day on which the Virgin is believed to have entered Heaven. Every year, this liturgical event is celebrated with church masses and imposing religious processions taking place all over the country.

However – possibly to the surprise of many – Ferragosto was a holiday long before it took on a religious significance.

In fact, the name of the holiday itself comes from the Roman Feriae Augusti, a series of festivals and public celebrations which were likely introduced back in 18 BC to celebrate a battle victory achieved by Emperor Augustus.

Additionally, the Feriae Augusti belonged into the longer Augustali period, that is a number of days where farmers were allowed to rest and get some reprieve after the hard work of the harvest season.

When is the next public holiday?

After Monday, the next national public holiday won’t be until November 1st, when Italians celebrate All Saints’ day (giorno di Ognissanti).

However, there’ll be a number of regional and local holidays before then. For instance, on September 19th, Naples residents will celebrate their patron saint, Saint Januarius (San Gennaro). 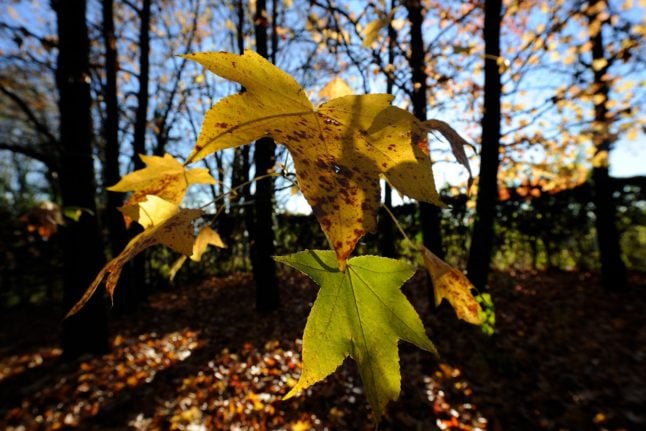 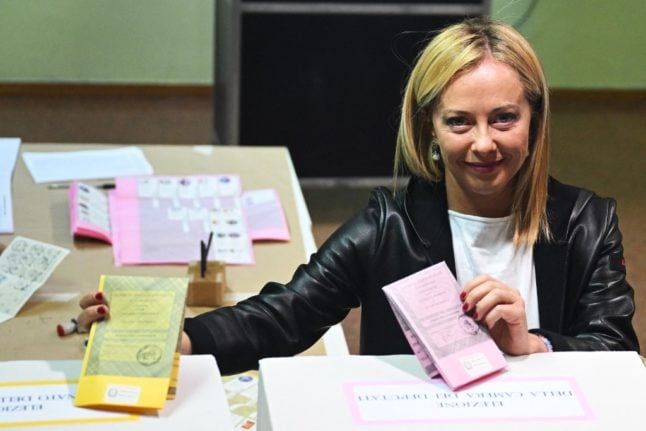 It’s a tradition hailing back to a distant past. Every trip far from the urban center has always been an excursion of pleasure, a break from the daily routine.

These scampagnate (‘wanderings in the countryside’) take place during the weekend when people indulge in detox time from work and it’s a sort of ritual that involves both families and groups of friends.

You get to explore nearby pristine rural areas and discover amazing villages and sites, but above all it’s an opportunity – or rather a justification – to enjoy savoury, huge lunches in traditional taverns and trattorias with typical dishes.

The period for such day trips starts exactly when summer ends, so when it starts to rain and the temperature drops, and runs throughout the entire winter.

When summer’s over Italians tend to be rather sad and gloomy, the beach joy is over and winter is coming. Autumn for them is just a preparation for winter so these trips are a way to shake up the dark days by bringing a dose of optimism and something to look forward to during the working week.

MAP: The best Italian villages to visit this year

Italians are dead serious about scampagnata, it’s a sacrosanct treat. Foreign observers might think these involve picnics in parks; it may be so, but it is not the rule.

These outdoor adventures as per Italian style are always very comfortable, laid-back and cozy. Scampagnate are never by train or public transport and the maximum amount of time spent driving in a car or on a motorbike is never more than 3-4 hours.

Departure is never too early in the morning and we still want to eat with ‘our feet under the table’ like my grandpa used to say, so forget paninos and camping-style omelettes. Unless a group of friends is into trekking, hiking or cycling it’s usually an easy-going, calm weekend experience that involves little physical activity. Nothing too adventurous, it’s all about having a good time – and eating.

The preparation for the gite fuori porta can be complex and time-consuming as it’s a way to mentally escape from the office during the working day.

There are rounds of calls and text messages throughout the week to ‘vote’ for the specific place to visit and also for the restaurant. Ladies chat about how they will be dressing in a very cool way, showing off the new wintery clothes.

Everybody proposes a place but then nobody has the courage to actually decide where to go so most of the week is spent debating the destination until the person most overloaded with work says ‘OK let’s go there. Basta.’

I remember once with my friends it took us two weeks to organize a day trip to the Park of the Monsters of Bomarzo near Viterbo, the problem wasn’t agreeing on the place but finding a suitable restaurant that could satisfy our palates.

The fact that an hour or so is spent walking around a ‘new’ hamlet, admiring a waterfall, going underground in an old well or visiting a new museum justifies the amount of calorie intake during lunch. Energy is also consumed buying gourmet products like honey, jams, ricotta and hams, or a pair of handmade gloves or porcini mushrooms and chestnuts at a food fair. Feeling like a one-day ‘blitz tourist’ gives you the illusion that you can still savor a short holiday near your home during a non-festive period.

Rule number one is to be well equipped in case it rains or gets cold, if you happen to go up on the mountains an umbrella is a must as are scarves and heavier coats. The car must also be stacked with the most awesome music albums to enjoy along the ride.

It’s still a trip ‘on a budget’ as people don’t want to spend too much given scampagnate may be every weekend. If it’s a bunch of friends they split the cost of the fuel, parking, and the bar and restaurant bills alla Romana way (meaning everyone pays his or her share).

The choice of the restaurant is key because eating out is the main driver behind the scampagnata.

The typical lunch menu always has to feature antipasto all’italiana with all sorts of hams and cheeses, beans and bruschetta followed by pasta, meat and tiramisù. And of course tonnes of wine, which raises the question of who will be driving the car back home as that person will have to stay semi-sober.

So people vote on who the unlucky driver will be. After the coffee and the ammazza caffé (coffee-killer liqueur), it’s time to leave after a 2-3 hours long lunch.

While the driver does his job the other members of the group go in a slumber in their backseats with their bellies full, feeling already a bit of nostalgia and dreading the Monday back-to-work routine.

Often to prolong the beautiful excursion Italians tend to ‘tirare alla lunga’, to ‘stretch’ the pleasant trip and go home as late as possible.

Scampagnate can also turn out to be tough when it’s cold but just for the sake of sitting on a bench in the middle of a gorgeous piazza, munching on pancetta delicacies until the sun goes down, you endure even if your feet are freezing.

The first one who says ‘OK let’s go home’ is a party pooper, the others frown because the scampagnata mood has just been killed.

I find the gite fuori porta so typical of Italians who believe that even short journeys are a culinary mission. 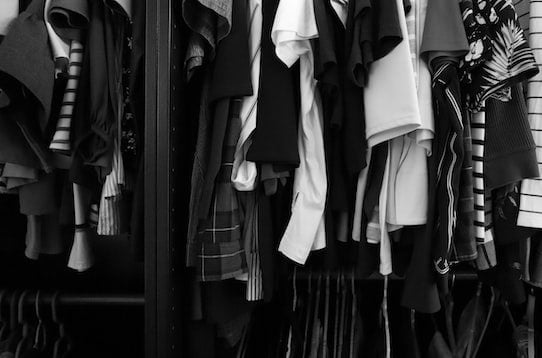 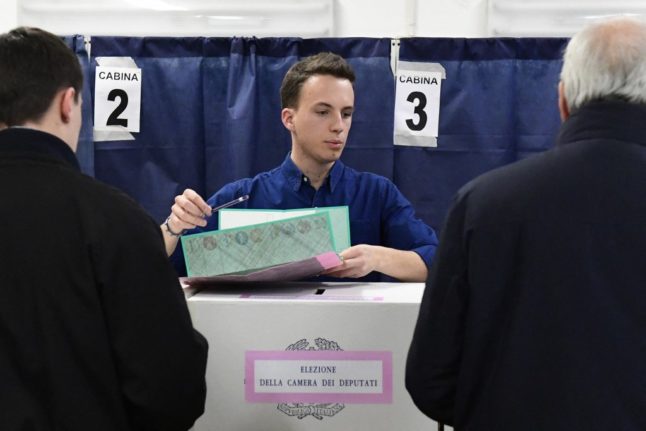 ITALIAN ELECTIONS
Italian ballot papers: What they look like and how to vote
Url copied to clipboard!