The Grand Canal in Venice was the scene of the latest episode of visitors behaving badly with a jet-ski ride on Wednesday. File photo: Marco BERTORELLO / AFP

The mayor of Venice, Luigi Brugnaro, reacted angrily after video footage of the two waterskiers weaving alongside gondolas and vaporetti was widely shared on social media.

He called the pair “arrogant imbeciles” and offered to “buy dinner” for anyone who could identify them.

“Here are two arrogant imbeciles making a mockery of the city,” Brugnaro said in a tweet resharing one of the videos.

“I ask everyone to help us to identify them to punish them,” he said, calling for mayors to be given “more powers” to ensure “public safety”.

“I’ll offer a dinner to the person who identifies them,” he added.

“Dumb and dumber,” commented one Venice resident on Twitter, while another user said: “Venice is not a playground”.

Critics have been deeply divided on many of the 23 films in competition at the 79th Venice Film Festival, but it has been a stellar year for individual actors.

There was a huge standing ovation for Fraser, who made an unlikely comeback from the Hollywood wilderness as a 600-pound (272-kilogram) English professor in The Whale, sparking talk of Oscar nominations and a “Brendanaissance”.

Cate Blanchett is also an awards frontrunner for her performance as a classical music conductor in Tar, which takes a nuanced look at cancel culture.

And Hugh Jackman’s performance as a father dealing with a depressed teenager in The Son has been labelled the best of his career. 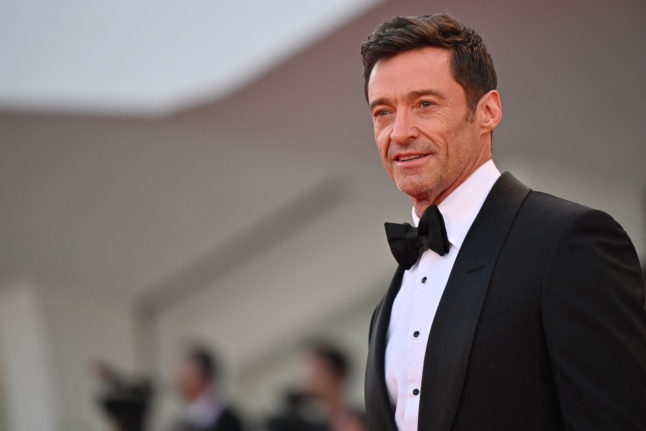 Australian actor Hugh Jackman arrives on September 7, 2022 for the screening of The Son as part of the 79th Venice International Film Festival at Lido di Venezia in Venice, Italy. (Photo by Tiziana FABI / AFP)

While some reviewers found the Monroe biopic Blonde too relentlessly grim, most were bowled over by the “ferociously emotional” performance from Cuban star Ana de Armas.

Sexual identity has been a recurring theme across the 11-day festival, with Trace Lysette becoming the first trans actress to star in a competition entry for Monica.

Last year’s best actress winner Penelope Cruz played the mother to a trans teen in L’Immensita, whose director Emanuele Crialese admitted for the first time at its press conference that he was born a woman.

A last-minute favourite for the top prize Golden Lion is No Bears by Iran’s Jafar Panahi, who was imprisoned for “propaganda against the system” in July. That was the subject of a flash-mob protest Friday on the Venice red
carpet, led by Moore. 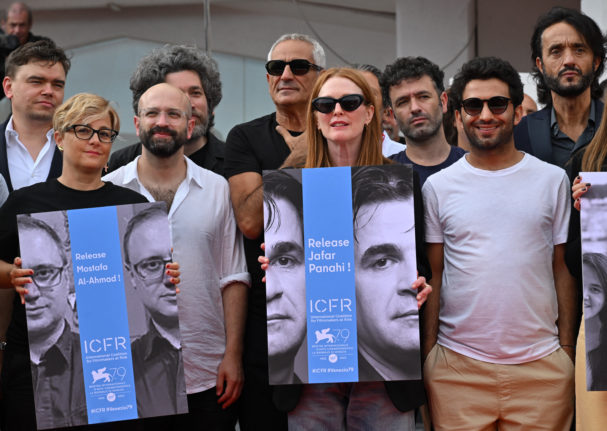 President of the Venezia 79 International Jury, US actress Julianne Moore (C) and other jury members hold on September 9, 2022 a poster showing Iranian director Jafar Panahi, calling for his release from prison. (Photo by Tiziana FABI / AFP)

Another political film to win rave reviews was the documentary All the Beauty and the Bloodshed, which follows artist Nan Goldin and her fight against the Sackler family, held responsible for the opioid drug crisis in the United States.

It is the latest from Laura Poitras, the journalist who first made contact with whistleblower Edward Snowden and won an Oscar for the resulting film, Citizenfour.

There has also been a lot of love in Venice for The Banshees of Inisherin, a pitch-black Irish comedy-drama tracing the falling out of two friends played by Colin Farrell and Brendan Gleeson.

Argentina 1985, the true story of the lawyers who took on the country’s military junta, was also widely praised.

Venice is seen as a launchpad for Academy Award campaigns, eight of the last 10 Best Director Oscars having gone to films that premiered at the festival.

Netflix had been hoping for a big year, but Blonde tested the patience of many critics, as did Mexico’s two-time Oscar winner Alejandro Gonzalez Inarrituto, with his fantastical semi-autobiography Bardo.

The streamer is also behind White Noise, a sharp satire of US consumerism and academia starring Adam Driver — but that, too, got a mixed reception from reviewers.

READ ALSO: Ten of the best TV shows and films to help you learn Italian 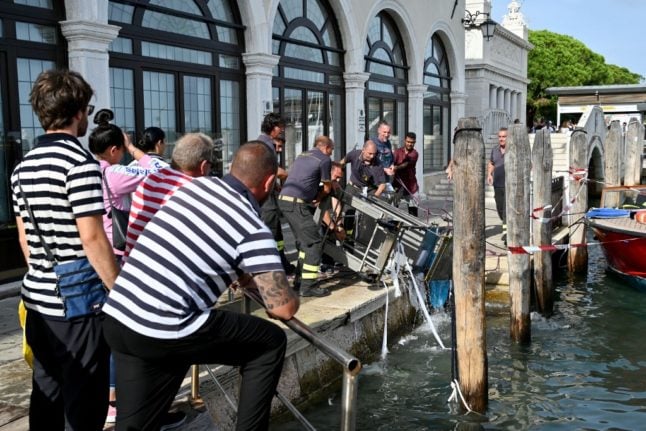