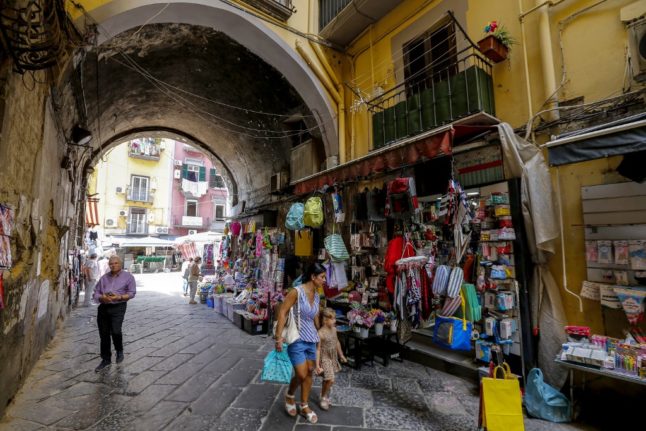 Vincenzo Zoppi leans over the balcony of his cramped Naples apartment, surveying his impoverished neighbourhood he says has been betrayed by Italy’s politicians.

“You know when they come? When there are elections,” the 70-year-old former mechanic says, adding that his vote for the Five Star Movement in 2018 will be his last.

“They all have the same idea: ‘I have to get that position and when I get my seat, it’s over.’ They’ll never do anything.”

His view of the once anti-establishment party is widely shared in Naples, Italy’s third-largest city, as the country prepares to vote on September 25.

Like most of southern Italy, Naples — with an unemployment rate more than double the national average – overwhelmingly supported Five Star in the last general election.

Many were drawn by its flagship ‘citizen’s income’ benefit for the unemployed, as well as its anti-austerity programme and rejection of traditional politics. 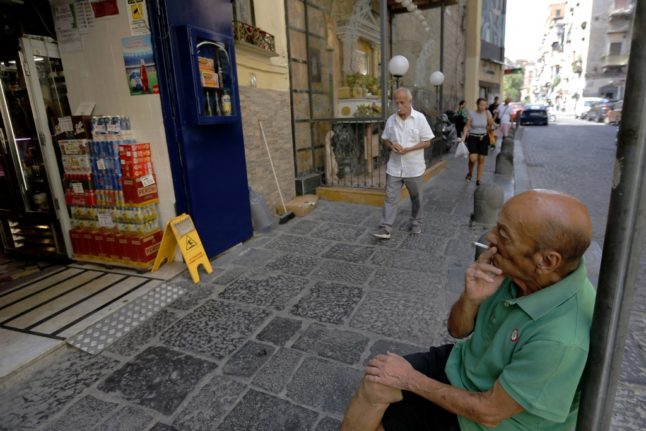 But the grassroots support that fuelled the movement has ebbed away, with polls now putting Five Star on less than a third of the 33 percent it won in 2018.

“Those who voted for you because you were the disruptive force to empower the south, won’t vote anymore,” said Matteo Brambilla, 53, a former Naples city councillor who quit Five Star last October.

The Five Star Movement identifies as neither left nor right, and started out on a strongly eurosceptic, environmentalist, anti-austerity platform focused on tackling poverty and corruption while repudiating career politicians.

But four years in government has taken its toll on the movement.

“Five Star were the expression of a huge protest against the failure of traditional parties,” said Giovanni Orsina, head of the Luiss School of Government in Rome.

“But from the moment you get into government, at that point the protest ends,” he said. 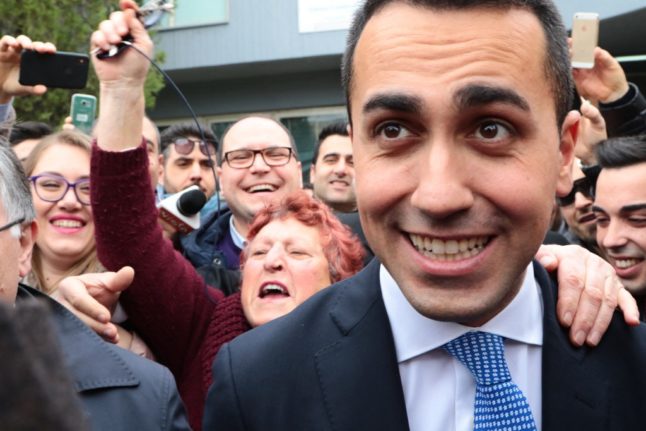 The party has allied with political opponents in office – first the anti-immigrant League, then the left-leaning Democratic Party, and finally joining almost all of Italy’s parties last year as part of the grand coalition led by Mario Draghi.

With these shifts have come policy reversals, public rifts between party leaders and accusations of cronyism, while former members complain decisions are now imposed from Rome rather than developed from the ground up.

Five Star has also shed lawmakers, losing more than half of its deputies and 45 percent of its senators since 2018, according to a YouTrend study.

The defectors include Foreign Minister Luigi Di Maio, a former party leader from outside Naples who had put a more professional face on the movement founded by irreverant, combative comedian Beppe Grillo in 2009. 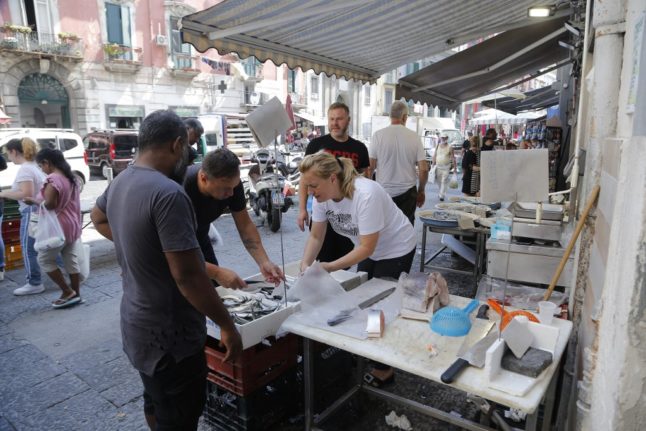 A month later, Conte withdrew his support for Draghi’s government, triggering a crisis that led to snap elections.

Conte – a former law professor brought in as a technocratic premier following the 2018 vote, before being replaced by Draghi – has been trying to save Five Star from oblivion by emphasising its anti-establishment roots.

“We are the more progressive force, it’s obvious,” he has insisted, citing the party’s battle for a nine euro-per-hour minimum wage.

The universal citizen’s income remains a flagship policy, which the party claims has allowed one million Italians to escape poverty – many of them in Naples. 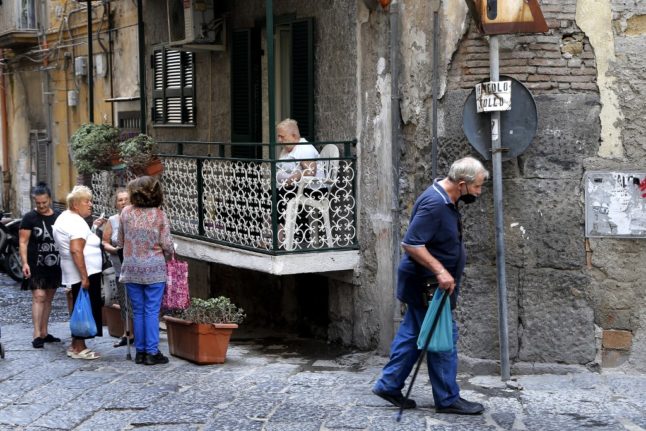 More than 161,000 families, or over 13 percent of greater Naples’ population, received on average 637 euros from the scheme in June, according to the most recent figures from the National Social Security Institute.

But the scheme has been attacked for supposedly encouraging unemployment and fraud, with Italian media regularly reporting cases of mafiosi, non-citizens and others said to have illegally received the payment.

“It was a disaster. Economically, nothing. They talk, talk, talk,” said Capuozzo, his white scooter laden with grocery bags. 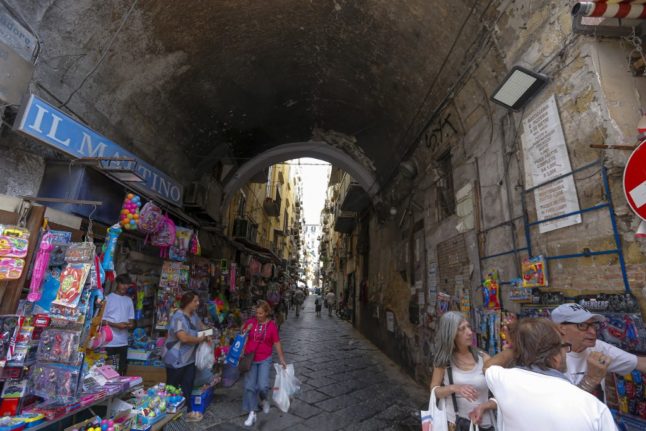 A market in the Sanita district of Naples. Photo by Carlo Hermann / AFP