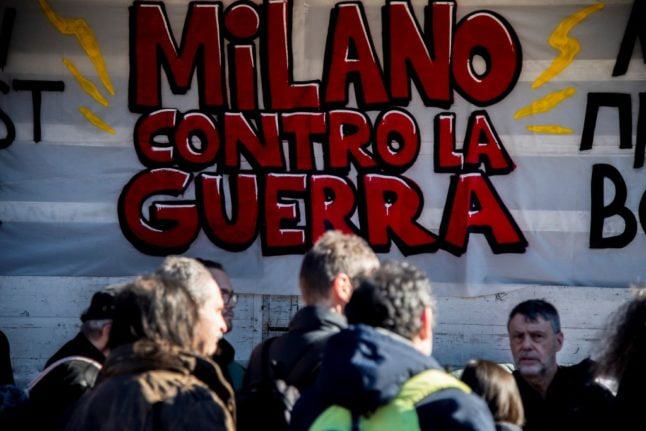 People take part in a demonstration against Russia's invasion of Ukraine, in the northern city of Milan, on February 26, 2022. (Photo by Tiziana FABI / AFP)

“Several months have passed and people are paying two, three, even four times more for their bills,” he told RTL radio. “And after seven months, the war continues and Russian Federation coffers are filling with money.”

Skyrocketing energy prices since the start of the war in Ukraine have inflicted economic pain on countries in the European Union which before the war had been reliant on Russia for a large chunk of its gas supplies.

Salvini later doubled down on his comments during a debate at an economic forum being held in Cernobbio, northern Italy.

“We need a European shield” to protect businesses and families, as during the Covid pandemic, Salvini told delegates during the forum.

“If we want to go ahead with the sanctions, let’s do it, we want to protect Ukraine — but I would not want that to mean that instead of harming the sanctioned, we harm ourselves,” he said. 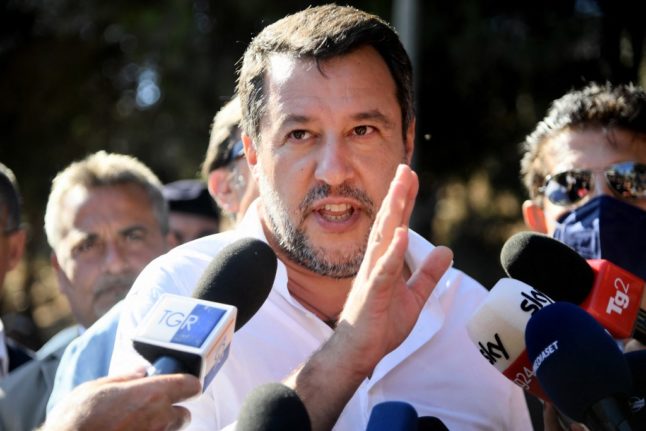 A day earlier he had tweeted that “those who have been sanctioned are winners and those who put the sanctions in place are on their knees.”

“It’s evident that someone in Europe has made a bad calculation. It is essential to rethink the strategy to save jobs and businesses in Italy,” he said.

Following Salvini’s comments, Enrico Letta, leader of the Democratic Party and one of his main adversaries ahead of parliamentary elections on September 25 retorted on Twitter: “I think (Russian President Vladimir) Putin couldn’t have said it better.”

He later told reporters on the sidelines of the forum on the banks of Lake Como that they were “irresponsible” statements which “risk causing very serious damage to Italy, to our reliability and to our role in Europe”.

“When I hear Salvini talk about sanctions, I feel like I’m listening to Putin’s propaganda.”

Salvini is well known as being an admirer of Vladimir Putin, and links between his League party and Moscow have raised concerns in Italy, particularly since the invasion of Ukraine.

But Giorgia Meloni – the post-fascist prime ministerial hopeful whose Brothers of Italy party has formed an alliance with the League – has taken a clear position in favour of support for Ukraine and sanctions on Russia.

“If Italy lets go of its allies, for Ukraine nothing changes, but for us, a lot changes. A serious nation that wants to defend its interests must take a credible position,” she told delegates in Cernobbio.