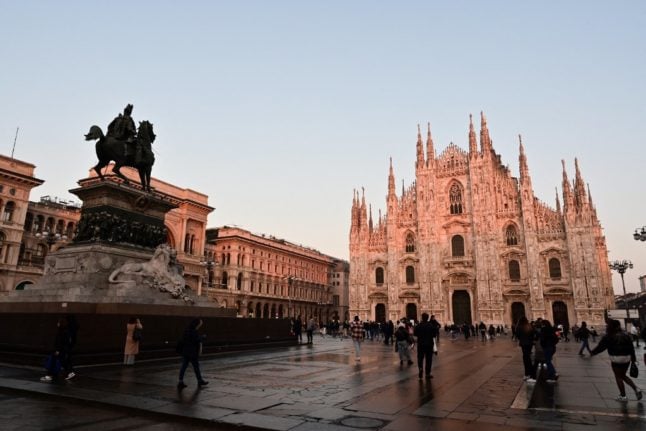 Milan’s mayor, Giuseppe Sala, has recently unveiled a new round of energy-saving measures for the winter. Photo by Miguel MEDINA / AFP

As the European energy crisis continues, many Italian cities are struggling to square their accounts and Milan, Italy’s second-largest metropolitan area, seems to be at the top of that unenviable list.

Last week, La Repubblica reported that energy bills for Palazzo Marino, the seat of the city’s authorities, would add up to a whopping 130 million euros, more than twice the amount spent last year (60 million).

The new measures, which are estimated to save the northern city up to 1.5 million euros, were announced just days after Italy’s outgoing government introduced tighter nationwide restrictions on gas heating.

So what are the key points of Milan’s latest plan to fight the so-called caro energia (soaring energy bills)?

Firstly, the city’s street lights will be on for one hour less each night, with lampposts across the metropolitan area switching off at an earlier time in the morning.

READ ALSO: Climate zones: When can you turn your heating on Italy this winter?

Private businesses and shops will also be asked to keep their signs and window lights off outside of opening hours. 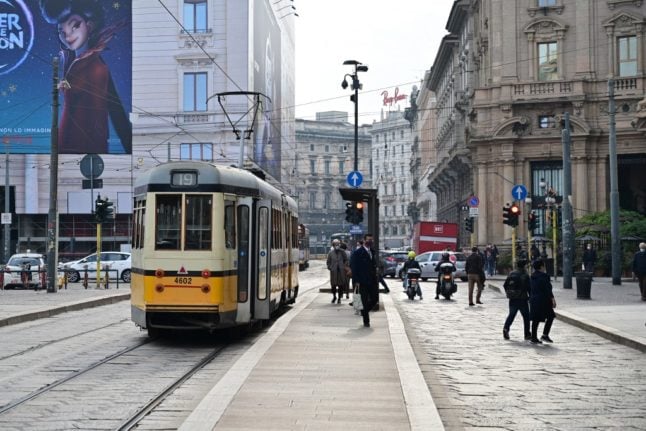 Finally – and this is perhaps the most interesting point in Milan’s new energy programme – a number of government buildings will remain shut on Fridays, with around 2,000 employees being asked to work from home or, should that not be possible, work from nearby offices.

Though the above measure hasn’t been made official yet, it should apply to the following five buildings:

After doubts were raised this week as to how the planned Friday closures would affect the public, Sala reassured residents that the measure will only affect offices open to the public “in a very limited way”.

That said, a number of private companies, including banking group Intesa San Paolo, are reportedly considering the introduction of remote working provisions akin to Sala’s – something which might significantly change Milan’s occupational landscape in the coming months.

Sala’s plan is also expected to encompass a number of other measures, including a campaign advising residents on how to save energy starting on October 18th. 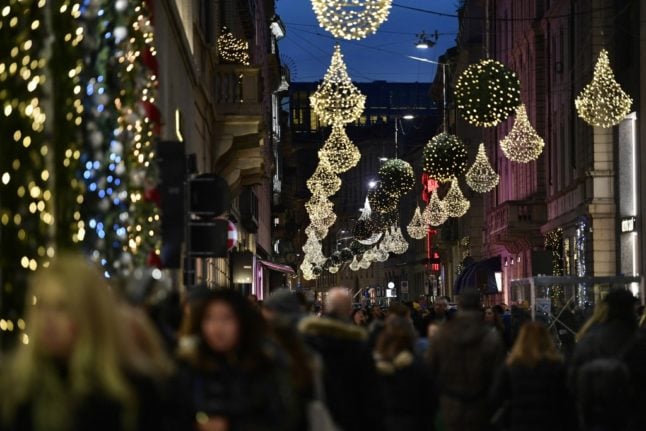 A number of Italian municipalities have already told residents that Christmas decorations will be downsized this year. Photo by Miguel MEDINA / AFP

It is currently unclear whether other Italian cities will follow Milan’s example and bring in similar energy-saving arrangements.

Many comuni across Italy have already told residents that Christmas lights and decorations will be downsized this year.

With its extraordinary international appeal and wealth of job opportunities, Milan is one of the most popular Italian cities among foreigners.

Suffice to say that the northern economic powerhouse is home to as many as 280,800 foreign nationals, who make up around 20.3 percent of the city’s total population.

Also, Milan is the second-most popular Italian destination for native English speakers, with plenty of UK and US immigrants living in the city.

But, like most other European metropolises, Milan has a very diverse urban area and some of its neighbourhoods are more suited to foreign nationals than others.

READ ALSO: Five things you’ll only know if you live in Milan

So, in no particular order, here are the city’s top five quartieri for foreign residents.

Located in the south-eastern corner of Milan’s urban area, Porta Romana is one of the most liveable areas in the city.

In particular, the area is known for its very laid-back vibe, which makes it perfect for young professionals looking to bask in some blissful tranquillity after a long day at work.

But, the neighbourhood is also suited to university students as it is relatively close to some of Milan’s most prestigious colleges and rents are not as expensive as they might be closer to the city centre.

While being very residential, Porta Romana still has a good share of leisure and entertainment venues – the Fondazione Prada exhibition centre and the iconic Plastic Club are located in the area – and several bars and restaurants line the sides of most streets.

Finally, the neighbourhood is also very well connected to central Milan, with no shortage of buses, trams and metro lines servicing local residents.

Located in north-east Milan, Città Studi is by far the best neighbourhood for foreign students.

Once a fairly run-of-the-mill rural area, Città Studi was converted into a state-of-the-art hub of medical centres, university campuses and residential lofts over the second half of the 1900s.

Today, the neighbourhood is home to plenty of both local and foreign students, especially those attending courses at the Polytechnic University of Milan.

Granted, the area is not as close to the city centre as others but public transport will still get you to central Milan in a fairly reasonable amount of time.

Finally, due to the young age of its residents, the area offers several dining spots and nightlife venues.

Porta Venezia, which sits just a couple of miles north-east of Piazza Duomo, is the most multi-ethnic quartiere in Milan, thus naturally lending itself to foreign nationals. 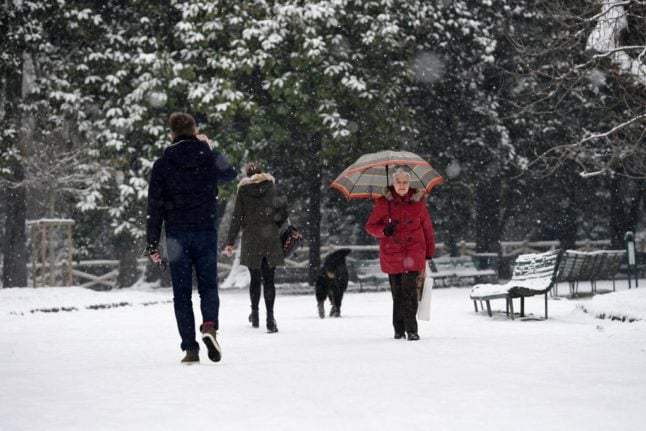 The Indro Montanelli garden is one of the most enchanting places in the Porta Venezia area, especially so during the cold months. Photo by Miguel MEDINA / AFP

People of all races and cultural backgrounds populate the area, making it one of the most eccentric (and fun) places to live in.

With its wealth of restaurants, bars and entertainment venues, Porta Venezia keeps its residents busy on weekends as well as most weekdays.

However, this also means that the area might not be the right fit for those looking for a more quiet and relaxed environment.

Finally, Porta Venezia is also a very LGBTQ-friendly neighbourhood as it is home to lots of gay bars and alternative nightlife venues.

Nested at the heart of the city, Brera is one of the most glamorous areas in Milan.

From high-end fashion boutiques to art galleries, to quirky dining spots, Brera’s swanky atmosphere is unmatched anywhere else in the city.

Unsurprisingly, the neighbourhood is also one of the best locations for celebrity-spotting, should you ever be interested in that sort of thing.

That said, all the glitter and gold come at a cost and Brera has some of the most expensive rents in the whole city.

As a result, it is mostly populated by successful businessmen or high-profile figures working in the art or fashion industry.

The Porta Genova area sprawls around the Navigli canals, a few miles south of the city centre.

This is by far the most bohemian neighbourhood in Milan, with cobblestone streets, tram tracks and antique stores giving the surroundings an oddly wistful (but very pleasant) atmosphere. 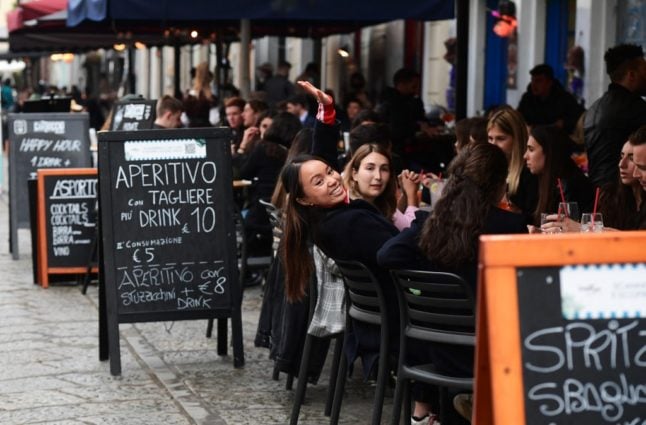 With its canal-side bars and cafès, Porta Genova is one of Milan’s most fascinating areas. Photo by Miguel MEDINA / AFP

While being relatively quiet during the day, the area collectively switches on in the evening, with plenty of residents heading down to the numerous cafès and bars peppering the banks of the local canals.

This might be ideal for those looking to get in on south Milan’s nightlife, but would hardly be a good fit for those who love an early night as the streets can be pretty noisy until late.

That said, Porta Genova is still home to many people – from students to young families – and local rents are not as expensive as in more central areas.