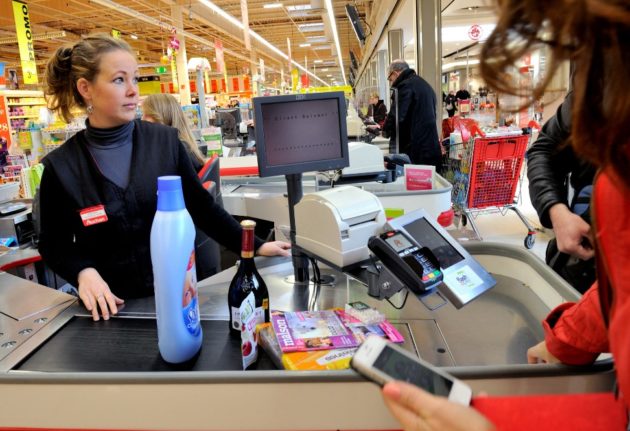 More people in Italy are making digital payments than ever before but most still prefer cash, according to the most recent studies. The new government says the 2,000-euro cash payment limit must be raised. Photo by FRANCOIS LO PRESTI / AFP

The debate over limiting payments in notes and coins and encouraging digital transactions is heating up again under Italy’s new right-wing government.

A new bill introduced this week by Matteo Salvini’s League party, which is part of Prime Minister Giorgia Meloni’s coalition, would raise the cash payment ceiling to 10,000 euros from 2,000 euros today.

The limit was scheduled to decrease further to 1,000 euros as of January 1st.

Credit card use has been steadily on the rise throughout the eurozone in recent years, but Italy has doggedly persisted in its preference for cash despite numerous incentives to encourage electronic payments.

Italians used cash for 82 percent of transactions versus the 73 percent eurozone average, according to a 2020 study by the European Central Bank.

Defenders cite high card fees for shopkeepers and the preference among the elderly for cash.

However, critics say its use contributes to widespread tax evasion and money laundering – two problems that have long dogged the Italian economy.

Meloni – who has sought to reassure the EU that she will be fiscally prudent – told the Senate on Wednesday she will support a higher cash ceiling, although reports suggest she will back a lower level than proposed by the League.

Meloni denied that there is any link between high cash limits and the shadow economy, saying a higher ceiling “helps the poor” – without explaining how the poorest would benefit from being allowed to spend 10,000 euros in cash as opposed to 2,000.

An October 2021 Bank of Italy research paper found a direct correlation between the use of cash and the shadow economy, noting that restrictions on cash use “are an effective instrument to tackle tax evasion”.

A 2016 decision to raise Italy’s ceiling from 1,000 euros to 3,000 euros to boost spending raised the share of the shadow economy by about 0.5 percentage points, the Bank of Italy report found.

Italy’s cash ceiling has gradually been lowered over the past three decades, although it rose to a high of 12,500 euros under two governments of then-premier Silvio Berlusconi, whose Forza Italia party is also part of Meloni’s coalition.

The Bank of Italy report found that because small business owners were more susceptible to bureaucratic burdens and high taxes, they were “more prone to shifting into the shadow economy”. 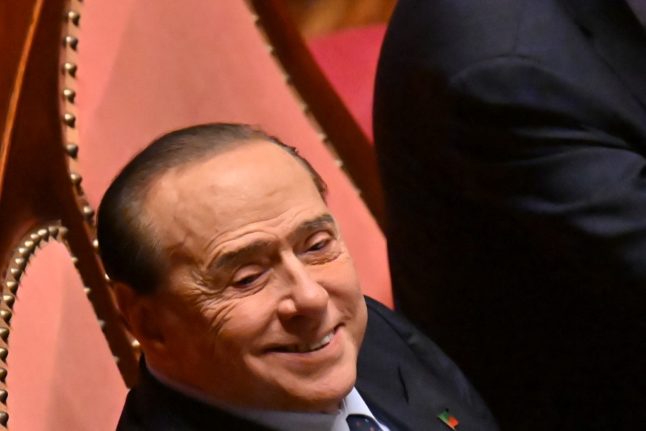 Silvio Berlusconi is back in the Senate after nine years away following his conviction for tax fraud. His Forza Italia party is part of the new coalition government. Photo by Alberto PIZZOLI / AFP

Digital payments accelerated in Italy during the Covid-19 pandemic, when shops were shut and online shopping spiked.

A shopping “cashback” scheme was put in place in late 2020 by then-prime minister Giuseppe Conte as part of his government’s ‘Cashless Italy’ strategy, intended to encourage people to swap cash for card in order to make payments easier to trace – and tax evasion more difficult.

But the scheme was considered inefficient and costly, and suspended by Draghi in 2021.

READ ALSO: Italy rated ‘worst in Europe’ for internet and paying without cash

In a May report, the European Central Bank estimated there were 13.5 million people in the eurozone with no bank account or access to financial services, arguing that cash needed to remain accessible and accepted.

Greece has the most stringent cash limit in Europe, at 500 euros, while the ceiling rises above 10,000 euros in countries such as Malta, the Czech Republic and Croatia.

Germany, Sweden and Ireland, among others, have no limits, but restrictions exist.