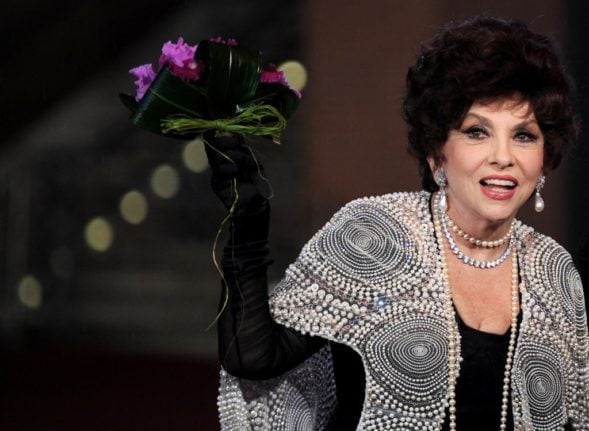 Italian actress Gina Lollobrigida at the Rome Film Festival in, 2008, where she was given a lifetime achievement award recognising a career spanning six decades. (Photo by Filippo MONTEFORTE / AFP)

“Farewell to a diva of the silver screen, star of more than half a century of Italian cinema history. Her charm will remain eternal,” Culture Minister Gennaro Sangiuliano wrote after Italy’s Ansa news agency reported her death.

Lollobrigida, famed when younger for her biting wit and sensual beauty, underwent an operation at a Rome clinic in September after breaking her femur, the agency said.

Best known for Luigi Comencini’s 1953 classic “Bread, Love and Dreams”, and Jean Delannoy’s 1956 “The Hunchback of Notre Dame”, Lollobrigida starred with many of the leading men of the time, including Errol Flynn, Burt Lancaster and Humphrey Bogart.

Luigia “Gina” Lollobrigida was born on July 4, 1927, in Subiaco, a mountain village 50 kilometres east of Rome.

Her big breakthrough came in 1953 starring alongside Bogart in John Huston’s romp “Beat the Devil”. Bogart said at the time Lollobrigida made “Marilyn Monroe look like Shirley Temple.” 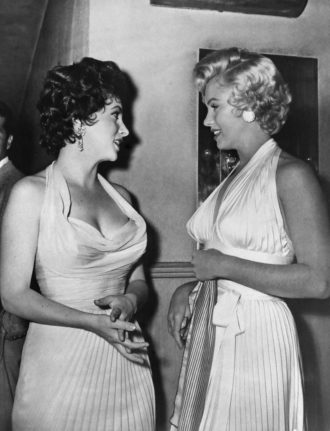 Gina Lollobrigida meets Marilyn Monroe in 1954 during a gala held at a New York theater. (Photo by AFP)

She began to study sculpture after her family moved to the capital, supporting herself by singing and modelling before attracting the attention of Italian film producers.

She said her entry into acting was an accident.

“I refused when they offered me my first role. They insisted again… So I told them my price was one million lire, thinking that would put a stop to the whole thing. But they said yes!” she told Vanity Fair.

Italians then dubbed her their answer to Elizabeth Taylor after her signature movie “La Donna Piu Bella del Mondo” (“The Most Beautiful Woman in the World”) in 1955.

She had an infamous long-standing rivalry with fellow Italian diva Sophia Loren.

Affectionately dubbed “La Lollo” by fans, she played the queen in “Solomon and Sheba” in 1959 and a single mother in “Buona Sera, Mrs. Campbell”, garnering a Golden Globe nomination for her performance. 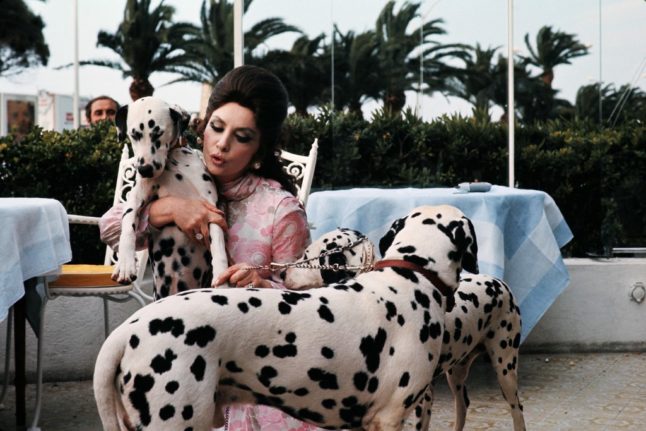 Gina Lollobrigida with her four dalmatians at the 25th Cannes International Film Festival in 1972. (Photo by AFP)

A cinema sex symbol, she was pursued for years by US tycoon Howard Hughes, who brought her to Hollywood, and by Prince Rainier of Monaco, at the time still married to Princess Grace.

“I’ve had many lovers and still have romances,” she was quoted by several British newspapers as saying in 2000. “I am very spoiled.”

She was married in her early 20s to Slovenian doctor Milko Skofic, with whom she had a son before they divorced in 1971. 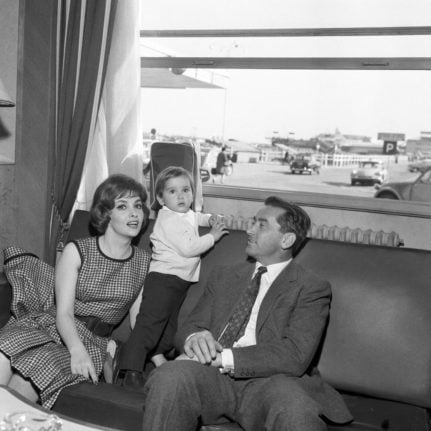 Gina Lollobrigida with her husband Milko Skofic and her son Milko Jr at the Paris Orly airport in 1960. (Photo by AFP)

In 2006, aged 79, she announced plans to marry Spanish long-time partner Javier Rigau Rafols, 34 years her junior, but they split up a year later.

Lollobrigida accused him in 2013 of having tricked her into signing documents allowing him to marry her by proxy, with a stand-in, in a civil ceremony in Spain.

“My experience has been that, when I have found the right person, he has run away from me,” she told Vanity Fair magazine in 2015. “I am too strong, too popular.”

The marriage was annulled by a Vatican court in 2019.

But by the 1970s she had turned from acting to sculpture and photojournalism, including getting a scoop interview and photoshoot with Cuban leader Fidel Castro.

She was back in the spotlight in 2021, amid a bitter legal battle with her son over her fortune.

Italy’s Supreme Court ruled that she needed a legal guardian to stop people preying on her wealth, because of a “weakening” in her perception of reality. 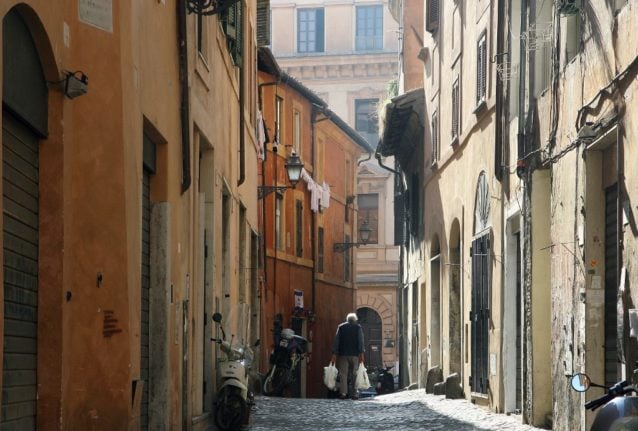 ITALIAN HISTORY
How Italy is remembering victims of the Holocaust
Url copied to clipboard!