Investigators have in the past claimed Messina Denaro was based in Sicily but travelled widely, to mainland Italy and overseas.

But the 60-year-old mafia boss, known for particularly brutal crimes, was found to be living in a modest apartment just a few kilometres from his small Sicilian home town – and was nabbed as he sought treatment for cancer at a Palermo clinic.

Experts said he needed to stay close to home to maintain his power and protection, like former boss Toto Riina, who was arrested in Palermo in 1993 after two decades on the run. Messina Denaro is believed to have taken Riina’s place after he died in 2017.

Here are the details revealed so far about how the mafia hunters tightened the net.

Investigators looking for mass murderer Messina Denaro had been combing the Sicilian countryside for possible hideouts for years, arresting those believed to be protecting him and slowly reducing the circle of people he could trust.

Members of his family and his friends were then heard on wiretapped conversations discussing the medical problems of an unnamed person who suffered from cancer, as well as eye problems.

Detectives were sure they were talking about Messina Denaro, 60, who was believed to have undergone an eye operation in the 1990s.

“We had unequivocal information that the fugitive had health problems… that he was attending a health facility in order to treat his illness,” special operations commander Pasquale Angelosanto told a press conference on Monday.

“So we worked to identify… those who had access to treatment for the suspected pathologies,” he said.

Investigators knew Messina Denaro would be going under a false identity,but they used a national health system database to search for male patients of the right age and medical history.

“We were narrowing down the list, ticking people off, until we had only a few individuals left,” Angelosanto said.

“A few days ago we identified someone who had booked a specialist visit for Monday” at the Maddalena health facility in Palermo. 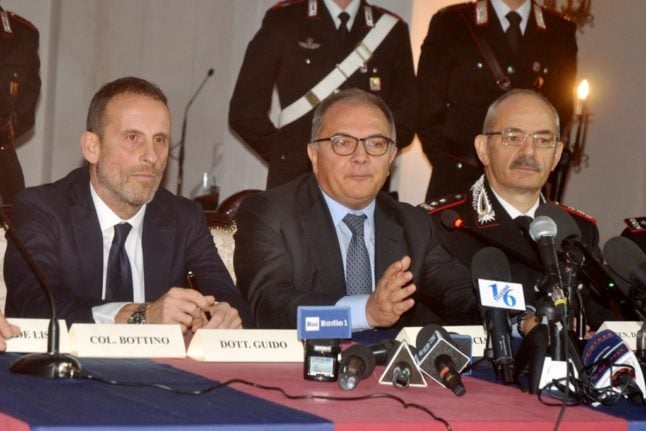 The man had booked in as Andrea Bonafede, the nephew of a close friend of Messina Denaro’s father, Italian media reported.

Bonafede’s medical record showed he had been to an ophthalmologist for problems with his left eye, the Open online newspaper said.

He had also undergone two operations for colon cancer, one in 2020 and another in 2022, it said.

But when detectives dug further, they found Bonafede appeared to have been in two places at once.

Council surveillance footage from his hometown of Campobello di Mazara on the date in question in 2022 showed the real Bonafede out walking the dog at the moment he was supposedly under the knife.

When the man going by the name of Bonafede booked an appointment for Monday at the upscale Palermo clinic, police readied a task force of 150 special ops to capture him.

Footage released by police later showed him arriving with his face barely visible underneath a hat, Covid-19 mask and tinted glasses.

Once he had checked in at the clinic they locked down the surrounding area and began checking the identity of everyone present.

Unaware of the closing net, the so-called Bonafede, dressed in his brown leather jacket with a fleece lining, lined up for the centre’s obligatory Covid-19 nasal swab, before heading back outside, perhaps to get a coffee, the Corriere della Sera said.

He likely realised then what was going on.

When asked “who are you?” by a law enforcement officer, the Cosa Nostra boss replied: “You know who I am. Matteo Messina Denaro”. 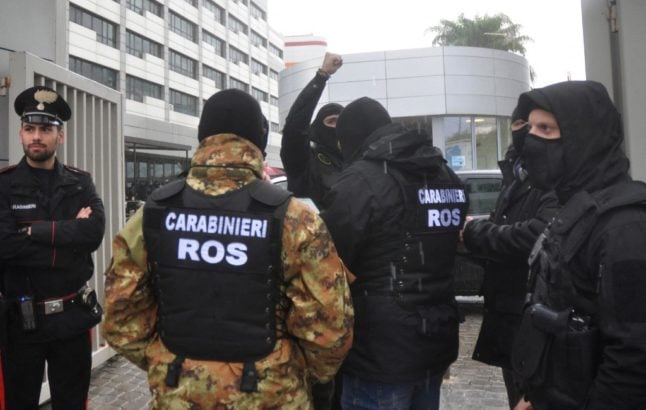 Palermo’s chief prosecutor Paolo Guido said Messina Denaro may have been undergoing treatment for serious illnesses, but he “appeared to be in good health. He didn’t look fragile or in difficulty to us”.

He was well-dressed and sported an expensive watch when he was arrested. He was then transported by military helicopter to the central eastern region of Abruzzo, where officials said he would be jailed in the high-security prison in L’Aquila.

While on the run he “enjoyed high-level protection, and the investigations are now focused on that protection”, Palermo prosecutor Maurizio De Lucia said on Monday, without going into further details.

There is widespread speculation that Messina Denaro “negotiated” the timing of his arrest with authorities, but Italian criminologists have said these ideas “have no substance”.

Among those now being investigated is his doctor, Alfonso Tumbarello, who had been treating Messina Denaro as Bonafede despite having been the real Bonafede’s doctor for years, according to newspaper Il Messaggero.

Police are also questioning others at the clinic, from those who shared chemotherapy sessions with Messina Denaro to a nurse who snapped a selfie with him, media reported.

Guido said the clinic was not itself under suspicion, adding that it was the mobster’s health that was his undoing.

“It was what forced him to come out into the open,” the prosecutor said.