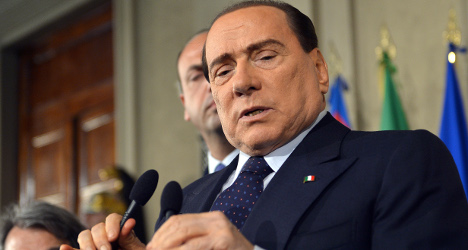 The probe is part of a wider investigation by Italian police into Berlusconi's financial transactions around the world, which are thought to total €500 million.

Berlusconi is understood to have used Ireland's economic boom, or 'Celtic Tiger', to stash the sums between 2005 and 2007.

An anonymous source told the Irish Sun: “He was in awe of the property boom here and the Italians suspect him of believing it was a great way to hide his cash.”

Authorities are examining whether a company registered in Dublin's International Financial Services Centre was used to transfer funds to offshore accounts in order to avoid paying tax in Italy.

Berlusconi is currently appealing a four-year sentence for tax evasion in Italy, related to broadcasting rights bought by his television network Mediaset.