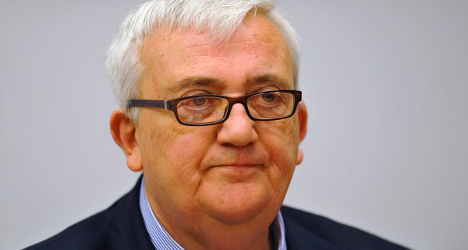 Speaking at the European Parliament, Mario Borghezio told Kyenge that illegal immigrants must be expelled “as is done in your country of origin”, Il Messaggero newspaper reported.

The 48-year-old Kyenge was born in the Democratic Republic of Congo before moving to Italy in 1983 and has been a victim of racism and xenophobia since taking office in April.

She responded to the Northern League politician by saying, “I am an Italian minister and I respond in the role of the minister for integration of the Italian Republic. Your question must be addressed to the Democratic Republic of Congo”.

“I have only one nationality and only one passport,” she added, in response to Borghezio’s suggestion that Kyenge has dual nationality.

In June, Borghezio was thrown out of the parliament’s eurosceptic Europe of Freedom and Democracy (EFD) parliamentary group for racist comments made about the minister.