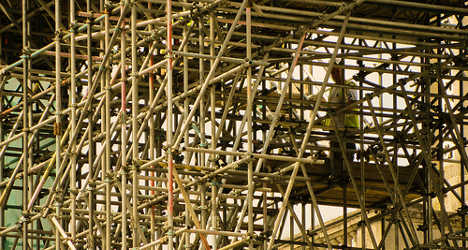 Construction worker Mihai Istoc, who was hired illegally in the Asti area of northern Italy, died in a fall from scaffolding in 2009.

The owner of the building site and an accomplice allegedly got rid of the corpse by throwing it away in a tip so as not to be charged for illegal hiring.

"It is a fact of extreme gravity, where any sense of humanity was lost," Antonio Boccuzzi, a deputy from the centre-left Democratic Party, told AFP.

Boccuzzi is a former steel-worker who was the only survivor of a 2007 fire at the ThyssenKrupp factory in Turin in which seven fellow employees died.

"These criminals were trying to seize from the family of the victim a place and a tomb to cry on", he said of the Istoc case.

Wild boar hunters found the body but police were initially unable to identify the corpse.

The investigation into the death had been set to expire until an alert came out on Interpol a couple of months ago signalling Istoc's disappearance.

"Not only was Interpol's contribution crucial, but so was the wiretapping that followed," prosecutor Giorgio Vitari told AFP, referring to incriminating taped telephone conversations between the employer and his accomplice.

On Tuesday, DNA tests confirmed the dead body was Istoc and both men face trial for manslaughter and concealment of a dead body.

"Their attempt to get away with the crime made their situation a lot worse. If they had immediately told police what had happened, they would have faced a much shorter conviction than the one they may now face," Vitari said.

A report published by INAIL, the national insurance company for workplace accidents, on Wednesday showed that in 2012 there were 790 deaths on the workplace in Italy – more than two every day.

Campaigners say the figure could be even higher – more than 1,000 deaths a year – if workers hired illegally who are not reported are included.

Italy has a large underground economy – estimated at 26.2 percent of gross domestic product (GDP), second only to Greece in the EU. The manufacturing and building sectors are the most affected.

The number of workplace deaths has been going down every year since a law on workplace safety was passed in 2008 but it remains high compared to the rest of Europe.

"It is true that the number of deaths on the workplace is going down, but this is the result of the economic crisis and not of greater compliance by employers. The issue remains a cancer for Italy", Boccuzzi said.

Trials for workplace deaths often end up expiring under the statute of limitations or result in no compensation and no convictions.

Boccuzzi has asked for parliament to pass a law that would create an official remembrance day for workplace deaths.

"Otherwise one ends up talking about the issue only every now and then when tragedies happen, and proper efforts are not made" he said. 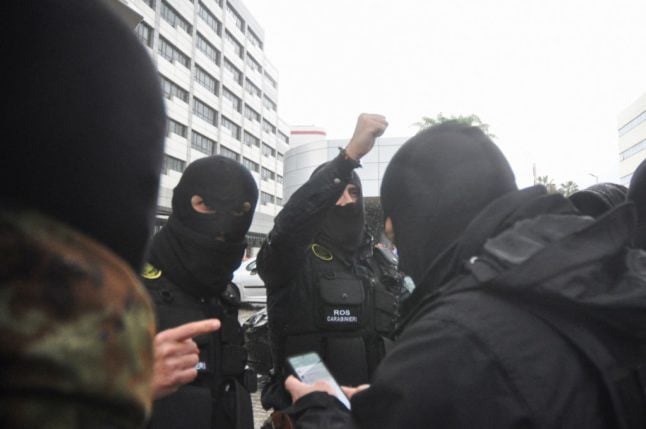