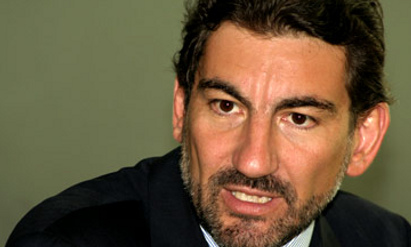 Raffaele Cattaneo, the president of the regional council of Lombardy, confirmed the news that mayor Laura Prati has been left brain dead. Photo: Wikipedia

The news was confirmed by Raffaele Cattaneo, the president of the regional council of Lombardy, Corriere della Sera reported.

Prati was shot when Pecoraro went on the rampage in the town hall. Deputy mayor Costantino Roberto Iametti also suffered a head injury in the attack.

Pecoraro, who was suspended from the job after getting caught clocking in absent colleagues, took revenge after his suspension was renewed at the end of June as part of an ongoing investigation into the scam.

Prati was shot in the stomach, which aggravated a neurological disorder, Cattaneo said. She has undergone three operations in the past few days.