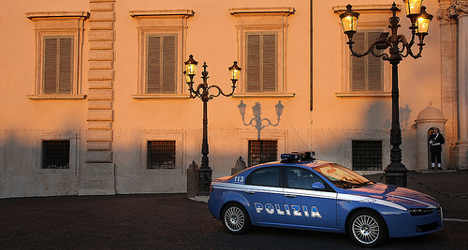 Five women – three immigrants and two Italians – have come forward to speak out against their treatment by Ivo D'Agostino, a councillor in the town of Chieti, AbruzzoIvo.

One of the women has reportedly been visiting a psychologist following the incidents, online news site Prima Da Noi said.

The first complaint against the councillor was made on June 6th by a Cuban woman, Prima Da Noi said.

Over the following weeks, Catholic organization Caritas worked with the authorities to compile the testimonies of the Cuban woman and four other women –  from Poland, Romania and two from Italy.

They were all "poor, young mothers and often without work", Prima Da Noi said.

D'Agostino allegedly met the women in council offices and quickly told them his intentions. The advances were made in such a demanding manner "that the victims were certain of what he was proposing", Prima Da Noi reported.

The married father of four has been put under house arrest and denies the allegations.

Umberto Di Primio, the town's mayor, said he had full confidence in the judiciary and hoped that D’Agostino could prove he was not guilty, Il Messaggero reported.

In addition to housing policy, D'Agostino was also in charge of civil protection, health and hygiene, and transport at Chieti council.