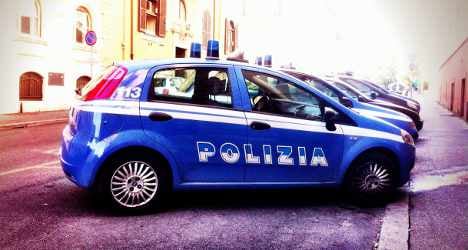 Carmine Schiavone, former boss from the notorious Casalesi clan, left witness protection in July. In his first interview on Friday he told Sky TG24 news on Friday that he had been abandoned by the Italian state.

“If I could go back in time, I would not be an informant,” he said in the TV exclusive.

“I am sorry I was an informant and I would never do it now because the authorities abandoned me. When they couldn’t kill me physically, they tried to destroy me economically, morally.”

Schiavone was pessimistic about the prospect of ever defeating the mafia in Italy.

“The mafia will never be destroyed because there are too many interests both at an economic level and a political level, ” he said.

“The mafia organization will never die.”

Schiavone is the cousin of the former superboss Francesco Schiavone and testified against him and other leaders during the famous Spartacus Maxi trial which smashed the operations of one of the most powerful cells of the Neopolitan mafia.

He collaborated with Italian authorities for 20 years before emerging from witness protection last month.

Schiavone had previously ordered hundreds of murders before providing investigators with crucial information about the internal operations, in particular on toxic waste disposal, conducted by the Casalesi clan based in Casal di Principe, outside Naples.

“My trouble was really being a collaborator because in Italy there is no justice, law, or policy that understands that,” he told Sky News.

While admitting he made mistakes he said ministers, police, and magistrates were “more responsible” than him because they allowed it and then “built their careers" from what he had done.

The 10-year Spartacus Trial represented a fierce assault on the Casalesi's territory and 36 members of the syndicate were charged with a string of murders and other crimes. Sixteen bosses were sentenced to life imprisonment.

When it concluded Roberto Saviano, the author famous for his best-selling book on the clan Gomorra, said it was “the most important trial in the last 20 years".

Watch clips from the Schiavone interview (in Italian):