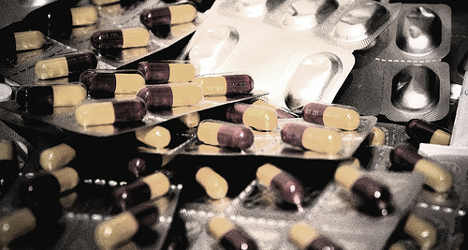 The price of medicine increased by 97 percent between 2006 and 2013. Photo: e-Magine Art/Flickr

Data released by the Fondazione Banco Farmaceutico (Pharmaceutical Bank Foundation) and the Catholic charity Caritas show the number of people struggling to buy much-needed drugs and medicines rose by 97 percent between 2006 and 2013, according to the Italian daily Corriere Della Sera.

The foundation provides medicines for several bodies including Caritas and the St Egidio Community, another prominent charity that works with the poor and underprivileged.

"We are responding to a rising need for pharmaceutical products from some of the most important charities," Fondazione Banco Farmaceutico President Paolo Gradnik told Corriere.

"In some cases we are talking about a real emergency due to the growing economic crisis that is especially affecting families."

The results of the foundation’s survey were merged with data provided by Caritas drawn from 336 centres in 45 dioceses across Italy.

Among those seeking greatest assistance were families, immigrants and the elderly who survive on low pensions, the survey found.

In the past three years alone the number of requests for pharmaceutical drugs rose by 57.1 percent.

On its website the foundation stressed that “health poverty” was no longer confined to immigrants or refugees but was affecting more and more Italian families.

“Public health spending, in particular on pharmaceuticals, has fallen substantially and is much less than other important European countries,” the foundation noted.

Between 1997 and 2011 seven out of 10 families had to cut their own health spending and were forced to turn to charities for their prescription medicine.

The two charities have also requested the Senate Health Committee to approve a law that would enable pharmaceutical companies to donate medicine.