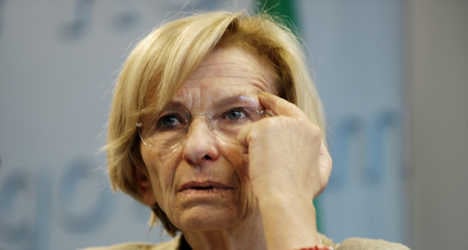 "There needs to be definite information on what happened to then think about a reaction," Bonino said.

Italy is among the countries calling for caution following the alleged attack on a Damascus suburb in which hundreds of people are alleged to have died, with rebels blaming President Bashar al-Assad's regime.

The Vatican on Thursday said it would not have been in the interests of the regime to carry out such an attack.

Several European countries including Britain and France have called for a strong reaction if the regime's responsibility is confirmed.

Some, like Sweden, have said they are almost certain that al-Assad used chemical weapons on civilians.

Russia, a supporter of the regime, has questioned the claims as anti-Damascus propaganda and said calls for international action were "unacceptable".