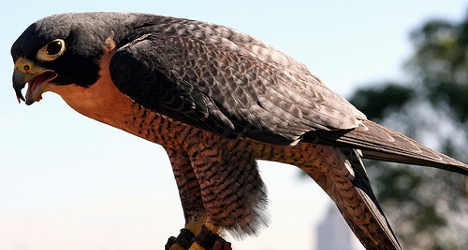 The sacked farm worker in Lazio wanted €650 for the bird. Photo: Brenda Clarke/Flickr

The 47-year-old demanded €650 to return the bird of prey, named Spyke, to his former boss, Corriere della Sera reported.

The farm owner's efforts to resolve the situation amicably were met with threats by the thief, prompting him to concoct a rescue plan with the help of the police.

At the kidnapper's home on Sacrofano, the police gave the farmer a wodge of fake money to reclaim the bird.

With the hawk safely back with its owner, they then swept in and arrested the thief.

The man was charged with extortion and sent to prison while awaiting questioning, Corriere reported.