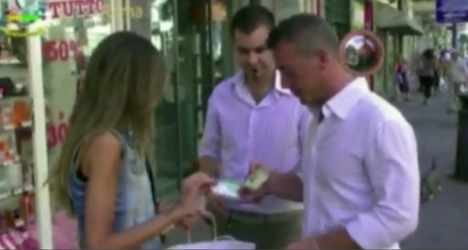 On Saturday and Sunday financial police (Guardia di Finanza) found that out of 779 inspections there were 552 violations of the law, Corriere della Sera reported on Wednesday.

Video footage (below) shows police stopping shoppers and asking to see their receipts. Shopkeepers who want to balance the books legally must give out receipts, as each one carries a tax number.

The weekend operation came as businesses reopened after the summer holidays. But rather than turning over a new leaf following the August break, police found even more shopkeepers were breaking the law than earlier in the year.

Watch the video of the police inspections (in Italian):