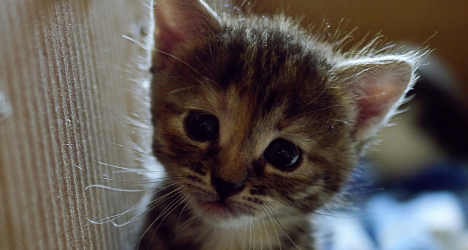 At least six firemen were needed to save the kitten. Photo: Sergey Ivanov/Flickr

At least six firemen in the city of Messina were called to the aid of a kitten, which was trapped in a car engine, according to a report on Corriere TV,

In their signature red and black uniforms, the firemen were quick to arrive at the scene after a woman heard meows coming from her car engine.

Fearing the kitten’s safety, the firemen dismantled the engine from below in order to free the shaken feline.

The tiny white and grey kitten was pulled from the car and kept safe in the hands of a fireman.

Evidently proud of their achievement, the firemen then posed for photographs with their furry friend.

Watch the video of the kitten rescue: