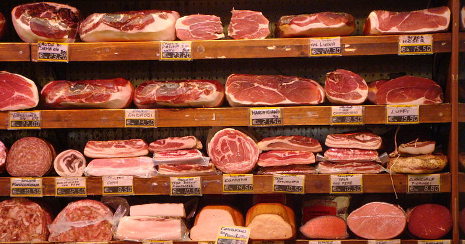 One in ten Italians suffer "material hardship", such as not eating meat. Photo: phototram/Wikicommons

The figure equates to one in ten Italians going without basic necessities, which includes not eating meat, the report prepared by EU Commissioner for Health and Consumer Policy, Tonio Borg, said.

Italy is the only large country in core Europe that suffers from such “material hardships”, the report found.

But despite the economic strife, Italy is faring better than France, Germany and the UK when it comes to addressing inequalities in health. Over the past 10 years, Italy has managed to reduce the rate of infant mortality from an average 4.4 deaths per 1,000 births in 2001 to 3.2 in 2011.

Life expectancy also remains high, with Italians living to an average 81.5 years, the second-highest in Europe.