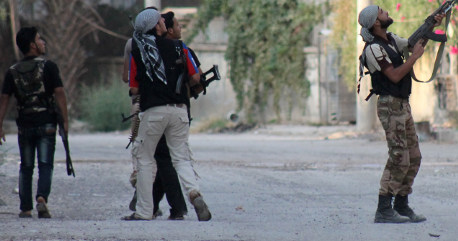 4,600 Syrians, fleeing civil war at home, have arrived in Italy since the beginning of 2013.

UNHCR spokesman Adrian Edwards said that the bulk of the refugees were families, and arrived over the past 40 days, mostly in Sicily. Some 670 landed in the past week.

"The majority have come from Egypt," Edwards told reporters.

UNHCR estimates that 4,600 Syrians have arrived by sea in Italy since the beginning of the year, a massive increase on last year's total of 369.

"Fundamentally, the outflow is a symptom of the conflict inside Syria on the one hand and the strains on asylum in the surrounding region," Edwards said.

"In Egypt we have seen changes in the environment over the last month or so, including the tightened visa regulations, and that has resulted in some Syrians moving on elsewhere," he added.

UNHCR repeatedly has expressed fears for Syrian war exiles in crisis-hit Egypt since Islamist president Mohamed Morsi was ousted in July, amid arbitrary arrests of refugees and rising anti-Syrian rhetoric.

A vocal backer of Syria's opposition, Morsi had cut diplomatic ties with the regime of President Bashar al-Assad.

Egypt's new military-backed rulers have faced UNHCR criticism for slapping visa and security clearance rules on Syrians, making it harder for them to flee their homeland.

There are around 80,000 registered Syrian refugees in Egypt, but informal estimates put the real figure at almost a quarter of a million, according to UNHCR.

Over two million people have fled Syria since the war broke out there in 2011, mostly to neighbouring Lebanon, Turkey, Jordan and Iraq.

"Almost 98 percent of the Syrian refugee population are in the surrounding region. Very small numbers have so far sought resettlement or moved elsewhere. That has to be remembered," said Edwards.

Crossing the Mediterranean in what are often small, rickety boats can be extremely hazardous.

"When they're desperate, they have to resort to desperate measures," said Edwards.

Last week a nurse from Damascus died while crossing with her husband and children, Edwards said. Her husband allowed her liver and kidneys to be used for three transplant patients in Italy.