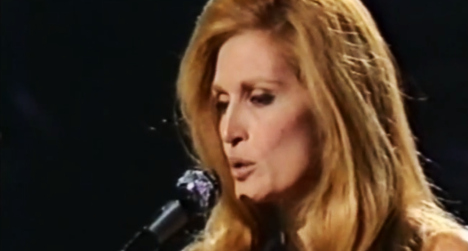 Dr Katia Chornik, a researcher at Manchester University, has looked into how the military dictator employed songs by Dalida's 1974 hit, Gigi l'Amoroso, as well as songs by Spanish crooner Julio Iglesias, as part of a "torture soundtrack".

Other songs by former Beatle George Harrison and the soundtrack to Stanley Kubrick's A Clockwork Orange were also played over and over again at high volume in the countless torture houses and concentration camps of Chile's dictatorship years.

"Pinochet's system used music to indoctrinate detainees, as a form of punishment and a soundtrack to torture," Chornick told the UK's Daily Telegraph.

"Played at intensely high volumes for days on end, the otherwise popular songs were used to inflict psychological and physical damage."

Gigi l'Amoroso made it to number one in nine countries, and sold 3.5 million copies in Europe.

Dalida was born in Cairo, Egypt, to Italian parents in 1933. Her career spanned more than 30 years and she performed in more than 10 languages. She committed suicide in 1987, leaving a note saying, "Life has become unbearable for me…Forgive me".

Watch a video of Gigi l'Amoroso: