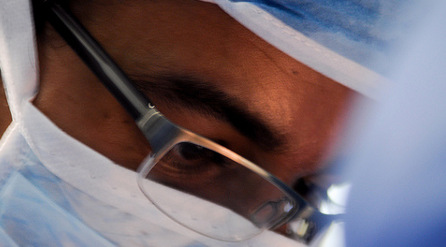 Codacons, the consumer rights association, has filed a complaint with the competition authority against the discount site, Groupalia, for offering the operation alongside a doctor’s consultation and counselling with a €2,000 discount.

The ad, which has since been pulled from the site, offered women the chance to get a “shapely and sexy body” from an expert, according to Italian press reports.

Codacons said the €99 deal would not even be enough to “cover the health requirements of the operation”.

Groupalia has now threatened to sue the association for damaging its image.

The company said that the promotion did not mean the operation would cost €99, but that the consumer would have the opportunity to pay the sum for a “voucher worth €2,000 for breast enlargement with anatomical implants with a lifetime guarantee to the value of €6,000.”

Breast enhancement surgery was hit by controversy in 2012 after implants made by French firm Poly Implant Prothèse were found to contain industrial-grade silicone, which is approved for use in mattresses and cushions and known to have a 15 to 30 percent chance of rupturing. The company has since closed down.