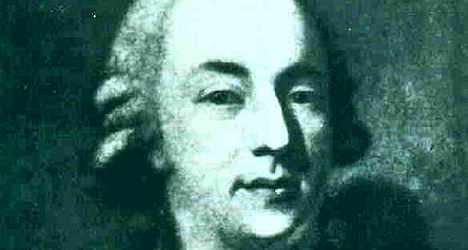 No longer able to woo more than one woman, Italian men are supposedly so hard up these days “they’re having to ask their lovers to share the bill” for dinners and hotel trysts, according the story published by the BBC.

The article points to a survey by an Italian dating site suggesting that today’s ‘Casanova’ has abandoned the pleasantries of wining and dining and is “cutting to the chase” far more quickly.

What’s worse is that their long-suffering mistresses now have to make do with a “coffee and walk in the park”.

Perhaps the story was intended to poke fun at a national stereotype, but simply comparing them to Giacomo Casanova, Italy’s legendary ‘womanizer’, has struck a nerve with Italian men. It has also given rise to news pieces in the Italian press, including Il Gazzettino.

For Carmello Brunetta, a businessman in Rome, foreigners often have a misplaced view of Italians being Casanovas, a notion “probably engendered by a few films dating back to the 1960s”.

In fact, after living in the UK for a number of years, he tells The Local that British men probably cheat more than Italian ones.

“I doubt whether Giacomo Casanova could have even remotely envisioned all the shagging and cheating that goes on and is taken for granted in the UK, which makes Italy look like a convent in comparison,” he says.

What’s more, with Italians being “generally as socially inept as they were 30 years ago”, they might “talk too much about sex, but they rarely do it”, according to Brunetta.

Others were outraged by the use of a stereotype as a way of highlighting Italy’s debilitating financial crisis.

Gianluca Mezzofiore, a foreign correspondent for the International Business Times UK, slammed the article as “lazy and insulting journalism”.

In a column on Wednesday, he said: “Regurgitating a series of tired clichés about Italian Casanovas may seem an innocuous exercise to many British readers. But the flawed connection between it and the real impact of the economic crisis makes it not only silly, but enraging.”

He went on to say that the despair felt by a whole generation “robbed of its future, with no capacity to grow professionally or learn new skills” requires and deserves “serious insight, investigation, data, reports, interviews and a journalistic style that doesn't fall on clichés like the ‘Latin lover has had to rein in his appetite’.”

Emiliano Mellino, a journalist, told The Local that the piece was not only “lazy" journalism but also “possibly harmful”.

“At a time when Europe is falling apart at the seams, when national stereotypes are used to convince electorates to support the imposition of harsh measures on their neighbours, we do not need more journalists pushing out unfounded negative views about certain nationalities,” he says.

“Greeks and Spaniards are lazy, Italians are philanderers, the French are arrogant, the Germans are hardasses…these sorts of views have no place in serious journalism. It wouldn’t shock me to see them in the Daily Mail but it’s disappointing to see it on the BBC.”