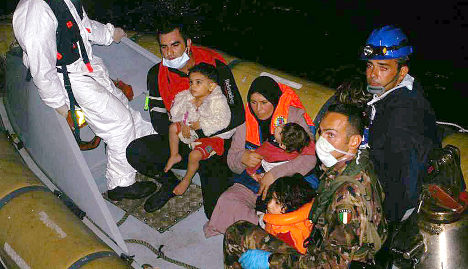 The 22-year-old victim, who her father said was diabetic, was among the 138 women and children onboard the boat that left Egypt a week ago.

One of the migrants made a distress call from his satellite phone and the authorities reached the boat on Friday.

Two pregnant women and a newborn baby were among six who had to be hospitalised after the coastguard escorted the boat to the southern Sicilian port of Syracuse.

Calmer weather conditions and unrest in the Arab world have led to a surge in migrant arrivals in recent weeks.

According to official figures, more than 22,000 have reached Italy this year alone, close to three times the total figure for 2012.

Italy is one of the European countries most affected by the ever-growing influx of refugees.

The government has described the situation in Sicily as an emergency and warned that it expected the problem to worsen as the intensifying conflict in Syria forces hundreds of thousands to flee.