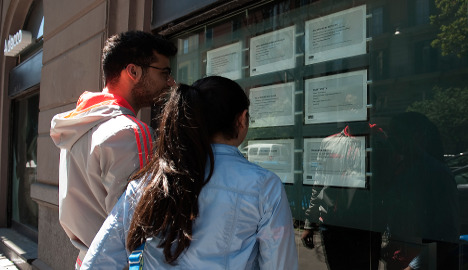 Provisional data from the national statistics agency, Istat, showed that the unemployment rate in August had risen from 12.1 percent in July.

Youth unemployment also reached a record level of 40.1 percent, 0.4 basis points higher than in July, and 5.5 percent up on the same month in 2012.

The agency said 667,000 under-25s were jobless and actively seeking work.

The figures come as Italy is yet again mired in political controversy, with prime minister Enrico Letta now battling to save his coalition from collapse after Silvio Berlusconi said he was pulling his party's ministers out of the cabinet in a bid to topple the government.

Letta, a moderate leftist who came to power this year and has struggled to boost a flagging economy, will go to parliament on Wednesday for a confidence vote.