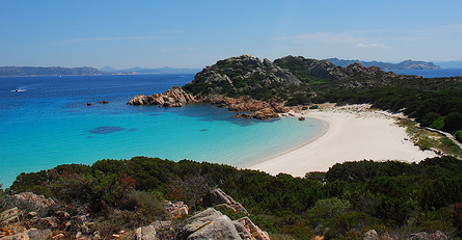 Budelli island has been bought by a businessman from New Zealand. Photo: Luca Giudicatti/Flickr

Budelli is part of the La Maddalena island group which lies between Sardinia and Corsica.

The New Zealander was named by the Italian media as Michael Harte, the chief information officer for Australia’s Commonwealth Bank.

His lawyer, Giò Mura, described him as a “true environmentalist” who has been “in love with the Maddelena archipelago for decades”.

“He has lived in several parts of the world and is involved in significant marine and land conservation projects,” Mura said in a report on the website, Unione Sarda.

Mura added that the entrepreneur bought the island, which is home to ‘Pink’ beach, a national park, with the aim of protecting the ecosystem. A plan for the island’s conservation will be submitted to the authorities which takes into account “the best interests of those who love and respect this unique archipelago and its unique way of life.”

The island was previously owned by a property company in Milan, which went bankrupt.

Budelli's new owner, however, might not get to enjoy his paradise for long as the Ministry of Environment and the Park Authority has the right to enforce the ‘right of pre-emption’, which allows them to buy the property for the same price paid at auction, within 90 days.

Budelli is an unspoilt island of 1.6 square kilometres where construction is banned and access is only permitted alongside a member of staff from the park’s authority.