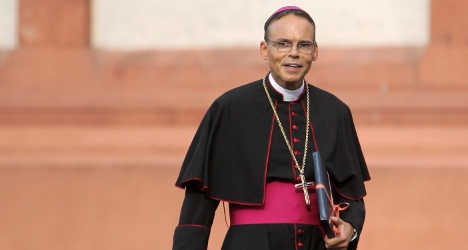 Bishop of Limburg, Franz-Peter Tebartz van Elst was summoned to the Vatican more than a week ago after reports of his enormous spending emerged at his new complex in western Germany emerged.

The overall cost of his diocesan centre and Episcopal residence came to more than €31 million – ten times more than planned.

He met the Pope on Monday for a 20 minute discussion and on Wednesday the Vatican said: "The Holy See deems it appropriate to authorize a period of leave from the diocese for Franz-Peter Tebartz-van Elst."

"The Holy Father has been continuously and objectively informed of the
situation," it said. A situation has been created in which the bishop can no longer exercise his episcopal duties."

It is understood the bishop will resume his duties in three months and in the meantime the church is conducting an investigation into his spending at Limburg.

The 53 year-old is also accused of lying under oath and taking first class fights to visit the poor in India last year.