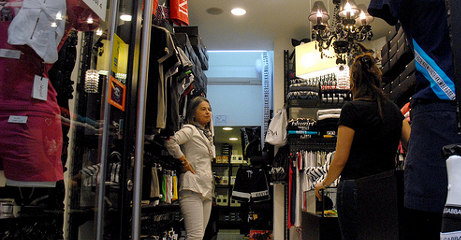 The drop in business confidence is mainly due to poor results for retail and market services. Photo: LuigiRossa/Flickr

The composite index fell to 79.3 points from 82.8 in September but for manufacturing it rose to 97.3 from 96.8 – its highest level since August 2011 at the start of Italy's current recession.

Meanwhile, Italy's high unemployment rate, which stands at 12.3 percent, is dragging the eurozone's economic recovery, according to a report on Bloomberg on Monday. As Istat prepares to release data for September on Thursday, unemployment in the EU's third-largest economy is tipped to keep on rising.

Italy will “critically determine the fate of the euro area” and the region won’t prosper if that country can’t restore economic growth, European Central Bank Executive Board member Joerg Asmussen is reported to have said last week.

The EU’s statistics office in Luxembourg will publish employment figures for the eurozone at 11am on October 31st, with Istat expected to publish its data for September an hour before, Bloomberg reported.