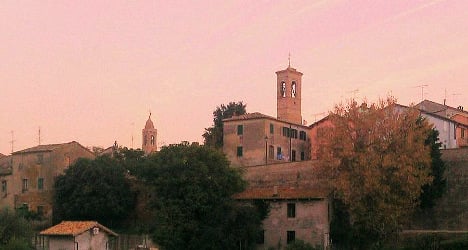 The couple were married in a church in the town of Piagge on October 25th 2009. Photo: Wikicommons/A.Santini

Sandra Alvino, a male-to-female transsexual and her husband Fortunato Talotta, were married in 2009 by priest Alessandro Santoro, in spite of a letter from the Archbishop of Florence saying that the marriage could not take place in church.

On Sunday it was reported that the couple and the priest who married them have sent a letter to Cardinal Giuseppe Betori, the Archbishop of Florence, to ask the Catholic Church to officially recognize their marriage.

“We are here after four years to remember and renew the blessing that we experienced back then, and your words as bishop came to mind that considered, and still consider today, this act as ‘devoid of all value and validity’”, reads the letter, quoted by Corriere della Sera.

“Once again, and this time openly and publicly, we ask you to start a dialogue and, as a Church for the Holy Synod, to tackle this particular question of how to give dignity of true acceptance in the church to the different and various loving relationships.”

Six years ago, Florence’s then Archbishop Ennio Antonelli blocked the marriage, in compliance with Canon law. Cardinal Betori also sent a letter to Alvino reiterating this decision before the marriage took place.

But the couple, who were already married in a civil ceremony, were married on October 25th 2009 in church by Alessandro Santoro in front of 200 witnesses.

At the time, Santoro claimed that the decision to marry the pair was not an act of rebellion against the Church but rather an act of devotion to his people.

“It’s a legal obligation,” he was quoted as saying by Corriere della Sera.

“Sandra and Fortunato … are aware that, when today’s sacramental act goes to the diocese, it will be annulled. But it will not be annulled for us or for this community and in the eyes of God,” he told the paper in 2009.