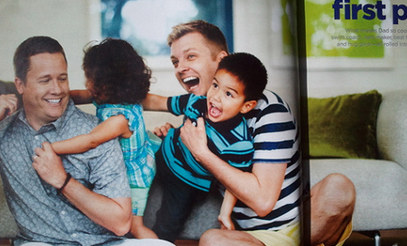 The region’s public prosecutor has slammed the decision made by Giuseppe Spadaro, a judge in Bologna’s juvenile court, allowing the two men to foster the girl, Corriere della Sera. reported.

The prosecutor, who is now considering an appeal, said the men are “not up to the task".

In Italy, it is illegal for gay couples to adopt but for temporary foster care, the rules are less strict.

Judge Spadaro made the ruling with the approval of the social services and said the couple would take good care of the child and offer her a home with “prosperity and peace”.

Both the men, who the girl is reportedly very fond of and calls “uncles”, are in well-paid jobs, Articolo Tre reported.

According to Italian foster care law, parents can be traditional married couples, preferably with one or more children, or a ‘family-type community’, such as two people filling the function of parents, or even single.

In January, the Supreme Court also gave custody of a child to a lesbian couple, although unlike in the latest case, one of the partners was the child's mother.