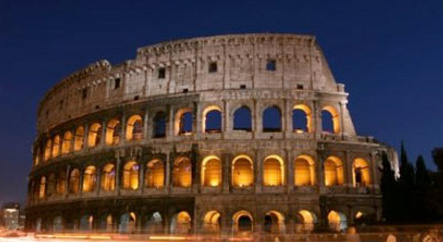 Restoration work on the Colosseum is underway. Photo: AFP

The billionaire, who has built a luxury goods empire around his shoe company Tod's, is funding the repairs on the iconic and dilapidated 2,000-year-old amphitheatre with €25 million.

"We don't have the steel, chemical and car industries that we had 30 years ago. All that has flown away. Now we have tourism as our industrial future," he said at a press conference with Culture Minister Massimo Bray.

"The government has to launch a concrete plan immediately… We don't have any more time. Things are literally falling apart," Della Valle said, referring to collapses at the ancient Roman site of Pompeii.

Based on his own experience with the Colosseum project, which was delayed for nearly three years, he said current interaction between Italy's cultural heritage and the private sector was "inadequate".

Scaffolding finally went up around the Colosseum in September, years after Della Valle announced his donation in 2010. The project has been held up mainly by trade union legal action.

"We have lost three years in useless disputes and petty local bickering," Della Valle said, adding: "This is Italy's most important symbol and we want to show that this country can do things."

The work is expected to take around three years and the Colosseum will remain open during the restoration.

Bray defended the government saying it had increased culture budgets and promised reforms next month "to use tourism to relaunch the economy" including
projects with private investors.