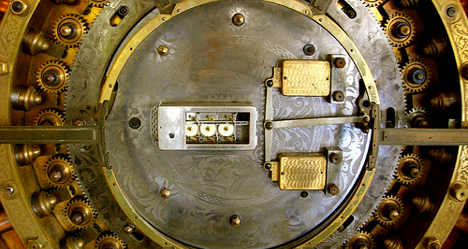 The tunnel led directly to the vault of a Monte dei Paschi di Siena bank in Naples. Photo: DanielSTL/Flickr

The four-metre tunnel pierced a cement wall and went directly to the bank vault, Napoli Today reported on Tuesday.

But despite what appeared to be a sophisticated feat, the would-be bank robbers made the fatal error of digging their tunnel just a few steps away from a police station.

The discovery came just a day after Naples police uncovered another tunnel in the city, leading to a building society.