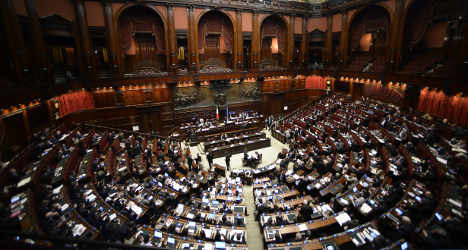 The budget was approved on Friday afternoon. Photo: Filippo Monteforte/AFP

The government has said the budget "reverses" the austerity of recent years but critics including the business lobby Confindustria warn that it is not enough to stimulate economic growth.

Finance Minister Fabrizio Saccomanni said the budget will keep Italy in line with EU norms on debt and deficit, as well as lowering taxes on labour.

"It marks a change of direction," he said.

It includes the creation of a fund with proceeds from bureaucratic cuts that will be used to lower taxes, as well as measures to encourage hiring of workers and the introduction of a new benefits scheme for poor people without work.

One controversial measure is a provision that would oblige tech giants such as Google or Facebook to use Italian companies to sell their advertising and could therefore increase their tax bill in Italy.

"This budget does not take into account the emergency in our country. It does nothing to re-launch our economy," said Tito Boeri, an economics professor at Bocconi University in Milan.

"There is very little done to reduce taxes," he said.

Senator Giorgio Santini from the centre-left Democratic Party admitted the budget was only "small steps".

"We did not have much room for manoeuvre," he said.

Luca Paolazzi, director of Confindustria's research centre, said that provisions for abolishing property tax on primary residences – a major demand for the centre-right – were "useless and unfair".

"There should have been more done for growth," he said.

Prime Minister Enrico Letta's government is forecasting gross domestic product will grow by 1.1 percent in 2014 but the official data agency Istat is being more cautious, predicting an expansion of only 0.7 percent.

New Istat data on Friday painted a mixed picture, with retail sales seen falling 0.1 percent in October over the month and down 1.6 percent on a 12-month comparison.

Industrial orders were up 1.2 percent in October from a year earlier but were down 2.5 percent from September.

Industrial turnover fell by 0.7 percent from September, with a drop of 1.2 percent in the domestic market.

Pier Carlo Padoan, chief economist at the Organisation for Economic Co-operation and Development (OECD), said at a conference in Rome sounded a cautious note about the prospects for a recovery in Italy.

"The engines for growth are weaker," he said.

Padoan said any tax cuts should be "sustainable" and supported efforts to cut the cost of Italy's bloated bureaucracy – a major focus for public anger in recent years over politicians' salaries and perks. 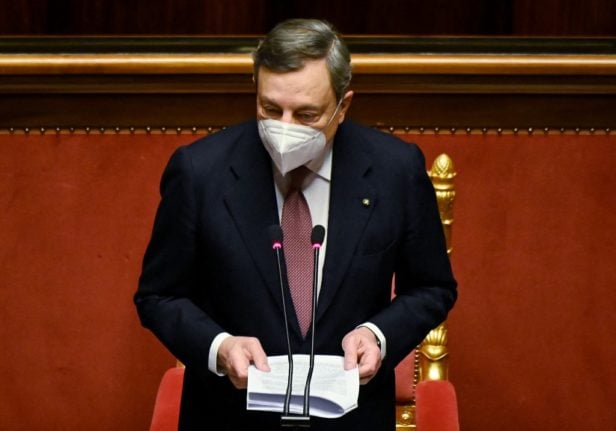