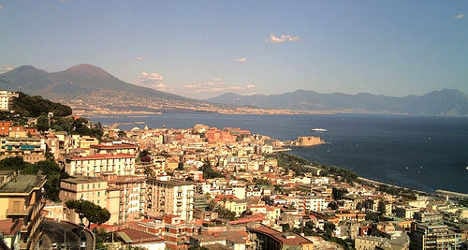 Which Italian city is the most associated with criminal activity? If you guessed Naples, you're almost certainly wrong – according to a new survey.

This year's annual look at the quality of life in Italian towns shows that – as you might expect – those in the north came out on top. But the northern towns and cities were also ranked surprisingly low when it came to security, Il Tempo reported.

Milan was judged to suffer from the worst criminality, and the northern city of Rimini was ranked second worst, followed by Prato and Imperia.

Moreover, Naples was thought to suffer less from criminality than either Florence or Rome.

While the survey made grim reading for many towns, the overall picture was positive, according to the authors of the study.

The Social Sciences and Economics Department of the Sapienza University in Rome, which conducted this year’s survey, said that central-northern areas had particularly improved this year. They also noted clear improvements in north-western and central areas of the country.

A total of 59 towns out of 110 included in this year’s survey registered a good or acceptable quality of life, an improvement on last year where only 42 out of 103 towns reached this standard.

Overall, the city with the highest quality of life was the northern city of Trento which scored high for business and employment, lack of criminality, population, financial and educational services and free time.

The southern city of Crotone, meanwhile, was ranked as having the worst quality of life, with low results for business, employment, environment, financial and educational services, free time and standard of living.

The best results were in the north-east, especially in parts of Marche and of Tuscany and Piedmont.

Among the areas judged ”acceptable” were towns in Piedmont, Emilia Romagna, Tuscany, Umbria and Marche.

Those judged “inadequate”and “insufficient” were exclusively areas in the south, where, according to the authors of the study, “no sign of improvement” was shown.

The survey follows another study published earlier this month by Il Sole 24 Ore, in which Naples was found to have the worst quality of life in Italy, while the northern city of Turin was found to be in decline.

Which part of Italy do you think has the best quality of life? Leave your thoughts in the comments section below.