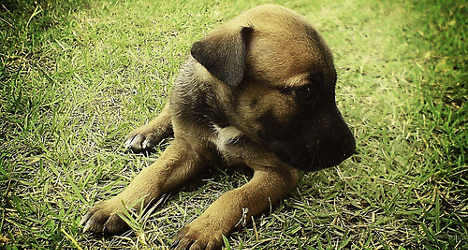 The dog was found burnt on a beach in Alghero, Sardinia. Photo: Mariel Peñafiel/Flickr

The dog was found on Maria Pia beach, close to the village of Fertilia in Alghero, on Monday afternoon, according to a report on the online newspaper, Alghero.it.

It is the latest in a string of violence against animals in the region, the newspaper said.

In September, a man from Tuili in Alghero beat a dog to death with a stick while there have been several other cases of poisoning, the newspaper reported.

The problem is not confined to Sardinia. In December, a dog was tortured and burnt to death in Rome. READ MORE HERE.

The dog’s death came just a day after two teenagers were arrested for killing a cat close to Brindisi, in the heel of Italy’s boot. The cat was taken from a street in central Tuturano and stoned to death.