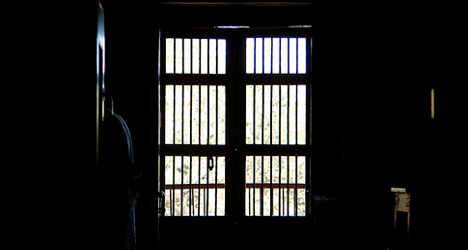 Marcello Dall'Anna is a maximum-security inmate in a Sardinia prison. Photo: Nimish Gogri/Flickr

"Marcello Dall'Anna has completely changed since the days when he was a leader of the Sacra Corona Unita", a mafia group in southern Italy, said Monica Murru, a lawyer who has been helping him organise the course.

"He has distanced himself from his past," she said.

Dell'Anna, who is now 46, was convicted at the age of 23 for ordering contract killings and is currently being held near Nuoro in a mountainous part of Sardinia.

The classes will be limited to 20 lawyers "for reasons of space" in the prison despite the high demand and the course starts on January 24th, finishing on March 21st.

Two prisoners who acted in the award-winning film Caesar Must Die about the staging of Shakespeare's Julius Caesar in a Rome prison will also attend.

As a maximum-security inmate, Dell'Anna enjoys few privileges but managed to obtain a law degree in prison by taking courses and exams in prison, and was only allowed out for 14 hours in 2012 for his graduation.

He is campaigning for his security status to be lowered – a move that under current regulation would only be allowed if he becomes a state informer, something Murru said he has not done "so as not to expose his family". He has a wife and son from before he was jailed.

Dell'Anna is a published author in legal journals and will receive a small payment for the course. Murru said he could stay objective despite his own position.

"He manages to distance himself from his status as a prisoner. It makes him feel needed," she said, adding: "Hopefully, he will teach more courses."