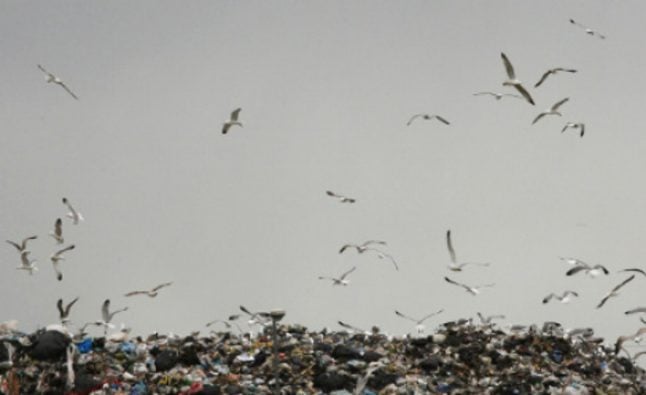 The army can be deployed "to deal with in the most efficient manner the phenomenon of the environment mafia in the area between Naples and Caserta," said Defence Undersecretary Gioacchino Alfano.

Parliament is due to examine the decree but Alfano said that "for the first time, all political forces are in agreement to offer concrete solutions to resolve a specific problem".

The smoke-choked area north of Naples has been dubbed the "Triangle of Death" and it is a grim sight – a short trip but a world away from the postcard images of the city's bay and its famous cuisine.

Hidden out of sight down dirt tracks in the countryside, vast mounds of illegal and hazardous garbage, from broken sheets of asbestos to car tyres and containers of industrial-strength glue, lie rotting next to farmed fields.

Environmental groups say the toxic garbage could affect one and a half million people living in the Naples and Caserta provinces.

According to environment protection association Legambiente, 10 million tonnes of industrial waste were burnt or buried in the zone between 1991 and 2013, all trucked in at night.

Toxic waste has been buried in the area for decades, ever since the local Camorra crime syndicate decided to branch out into the lucrative waste disposal business in the 1980s.