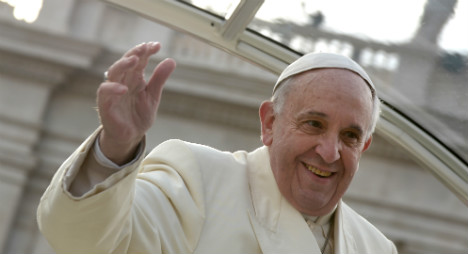 Even some measures that appear limited in scope, like the curtailment of the honorific "monsignor" title and a cut in costs for sainthood applications, are being seen as signals of a will to overhaul the Vatican.

The new cardinals, who will be formally appointed next month, include several from relatively minor dioceses in developing countries and with a reputation as pastoral figures – far from Vatican power games.

The nominations have knocked a few noses out of joint in the Vatican, where becoming a cardinal has previously been seen as an appointment traditionally associated with particular high-placed posts.

"Without starting any revolutions, this choice clearly shows an interesting reasoning," said Andrea Tornielli, a Vatican expert who knows the pope personally and interviewed him for the La Stampa daily last year.

"In all his public comments, in all his reign so far this pope has shown he wants a Church in which the clergy is not seen as a cast apart," Tornielli said.

Tornielli said the pope has shown particular attention to reforming the clergy, frequently upbraiding priests for not being close enough to their communities and condemning the "shame" of child sex crimes by clerics.

In one oft-repeated comment, he said priests should be shepherds "with the smell of their sheep on them."

Joseph Xavier, an Indian priest from the pope's own Jesuit order and a lecturer in theology at the Gregorian University in Rome, said Francis has shown he "prefers a Church in motion like the people of God".

The Argentine pope has led by personal example in emphasizing that priests should reach out to the needy, washing the feet of prisoners as part of an
Easter ritual and baptizing the child of a single mother.

In just a few months he has also sidelined some of the most powerful conservative figures in the higher echelons of the Church, including Italian cardinal Mauro Piacenza and US cardinal Raymond Burke.

Observers see this as a form of preparation ahead of important decisions he will have to make later in the year when a council of cardinals he has appointed to advise him issues a list of reform proposals.

At the same time, the 77-year-old pontiff has also shown that while he is willing to break with Vatican tradition he will not alter some of the most controversial tenets of Catholic doctrine.

This month, he issued his strongest condemnation yet of abortion, calling it "frightful" and a symptom of a "throwaway culture" that placed little value on life.

His critics in the Church have spoken of him as a "populist pope" who has created confusion with his multiple pronouncements on a range of issues and say his words could lead to more lax attitudes.

But Tornielli rallied to the pope's side, saying: "People, ordinary faithful understand and find in the pope a credible witness of faith who lives what he preaches and evangelizes by example".