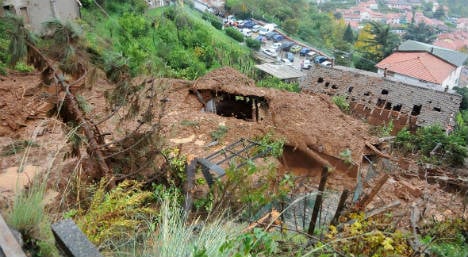 A file picture from an Italian mudslide in 2010 in Massa which claimed the lives of two people. AFP Photo/Fabio Muzzi

Road and rail traffic in the region has been badly hampered and parts of the Via Aurelia, an old Roman road connecting the Italian capital to the French border, have been closed because of multiple landslides.

The region is often affected by bad weather.

The main city in Liguria, the port of Genoa, was badly hit by flash floods in November 2011 that claimed six lives and devastated several neighbourhoods.