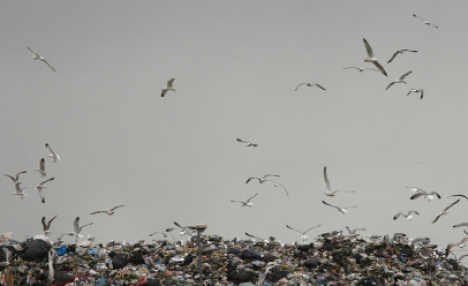 Liguori worked for the police force in Acerra, a town in Campania, where he was the only environmental officer in the region, La Stampa reported.

The area is known as the 'Land of Fires' due to illegal burning of toxic waste by the mafia thought to be the cause of rising cancer rates.

Liguori discovered several landfills and campaigned against the illegal dumping.

Antonio Marfella, an oncologist, wrote on his Facebook page that the stomach tumours were linked to the toxic fumes, according to a report in Napoli Today.

The local Camorra crime syndicate has been burning and secretly burying millions of tonnes of waste in the Campania countryside for decades but the extent of the problem has only recently been revealed – sparking furious protests.

The Italian government agreed on January 15th to send in the army to resolve the problem. READ MORE HERE: Italy to send army to fight mafia toxic waste

In his last interview with La Stampa, Liguori said, "People see what is happening, but they don't want to get involved. They don't understand that the poisons will kill their children too. When I am gone, I don't know who will continue my work."

Condolences were expressed by environmental associations and Italian President Giorgio Napolitano, who called Liguori a “faithful servant of the institutions.”

The mayor of Acerra, Raffaele Lettieri, commented “He was a strong man. In this moment the only useful thing we can do for Michele is to give his family, who have suffered this bereavement, the respect they deserve.

“I spoke with him last week," added Lettieri. "I asked him how he was. But, with the strength of will which always set him aside, told me to ring him if I needed him for anything. The desire to work never left him.”