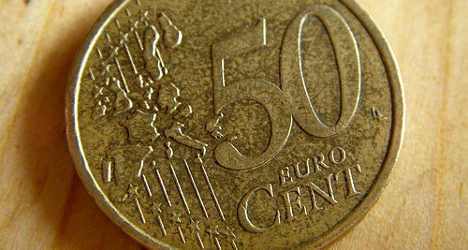 A 50 cent coin was left on the bonnet of the burnt-out car in Calabria. Photo: Chris Northwood/Flickr

The charred skeleton of toddler Nicolino Campolongo was found in a burnt-out car in Cassano allo Ionio, Calabria, on Sunday morning. He died alongside his 52-year-old grandfather Salvatore Iannicelli and Ibissa Touss, the man’s 27-year-old Moroccan girlfriend.

The three were reportedly shot in the head before the car they were in was set ablaze, Gazzetta del Sud said.

Before setting the car alight, the murderers allegedly left a 50 cent coin on the car bonnet. Investigators believe the coin was a symbolic message from the killers, who valued their victims’ lives at just a few cents, Gazzetta del Sud reported.

The triple murder is thought to be the result of a drugs feud. Iannicelli had previously been jailed for drugs trafficking and his daughter, Campolongo’s mother, is currently serving a prison sentence for the same offence, Italian media reported.