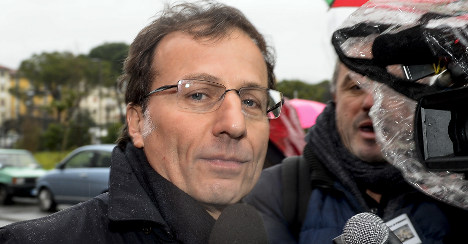 Francesco Maresca, the lawyer for the family of Meredith Kercher. Photo: Andreas Solaro/AFP

The court ruled late on Thursday night that the pair should not have been cleared of an earlier guilty verdict.

Knox, who is currently in the US, was sentenced to 28 years and six months while her ex-boyfriend Sollecito was given 25 years.

“In general, we are happy to see that the justice system has reached this verdict, we hope that this is justice for Meredith and her family,” Maresca said.

Maresca was speaking ahead of a press conference being held by Meredith’s brother and sister, Lyle and Stephanie, at 10am CET in Florence on Friday.

After hearing the verdict last night, Stephanie told reporters: "We are still in shock. There's nothing to celebrate."

Leeds University exchange student Kercher was found dead in the house she shared with Knox on November 2nd 2007 in Perugia in central Italy.

Knox's lawyers plan to appeal this latest conviction in turn to the Italian Supreme Court, but if they fail she could find herself flying back to a country where she has already spent four years in jail.

The verdict is the culmination of a process the Supreme Court began last year, when it overturned the 2011 acquittals on the grounds the appeal judge displayed "a rare mix of violation of the law and illogicality" and that the approach taken to DNA evidence and witnesses was flawed.