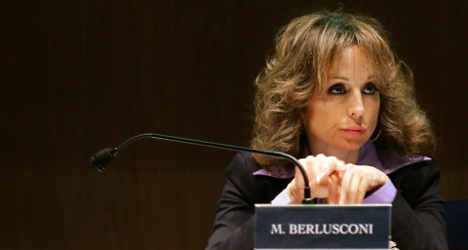 The campervan, branded with photographs of Silvio and his Marina Berlusconi, a 47-year-old business executive, is the brainchild of Gabriele Elia and fellow fans from the town of Cellino San Marco in south-east Italy.

Twenty years after Silvio Berlusconi first founded his political party, Elia has set out on his tour of Italy under the banner “the liberal dream continues”.

The idea comes more than a year after a similar campaign by Matteo Renzi, the leader of the centre-left Democratic Party (PD) who toured Italy in a campervan ahead of the party’s primary elections in 2012.

Renzi’s campaign was accompanied by a social media blitz, a technique adopted by Elia who has launched a Facebook page for those equally enthusiastic about the thought of a Berlusconi dynasty.

After the 77-year-old Berlusconi was booted out of parliament last year – owing to a criminal conviction deemed “political” by Elia – centre-right hopes have shifted to the politician’s daughter.

A poll published in November found 57 percent of the centre-right thought Marina Berlusconi a suitable candidate for the premiership.

But despite her popularity among voters, Marina Berlusconi has publically stated she has no intention of giving up her career at the family’s holding company Fininvest.