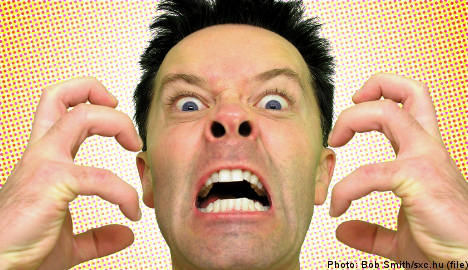 After years of systematic corruption in politics, incessant upheaval and now almost three non-democratically elected prime ministers, it comes as no surprise that Italians no longer seem to care about the antics of their political masters.

“Enrico Letta has resigned? I didn’t even know!” Achille Silleoni, a chauffeur in the capital, told The Local

“I don’t read newspapers anymore, watch the TV or listen to the radio….Italians are sick and tired of politics.”

After being briefed about the latest power-play chaos, Silleoni said, “it doesn’t matter, it won’t change a thing. There’s a saying in Rome: 'You can change all the musicians, but the music will always be the same'."

Letta will officially submit his resignation this morning, with Matteo Renzi, the newly elected leader of the Democratic Party, poised to take his place.

A new government could be sworn-in as early as next week, without Italians having a say in the matter.

But this lack of involvement doesn’t seem to bother them much.

“Whether we get the chance to vote or not, it’s always the same,” said Marco Sacchetti, a restaurant owner in northern Rome.

“People make great promises and the moment they get into power, they change. I switched off from Italian politics years ago.”

“I would like to vote, but not without the new electoral law, as you risk having the same problem,” he said, referring to the political stalemate that followed the general elections in 2013.

“And the last thing we need is someone like Silvio Berlusconi being able to win a national election again.”

Renzi has been pushing to reform the electoral law, a measure seen as crucial to creating a stable government.

Matteo Di Raimondo, a lawyer who describes himself as “part of the majority who doesn’t vote”, said that without electoral reform, “elections don’t mean anything.”

“It’s not that democracy in Italy doesn’t work, it’s the politicians who don’t work.”

Di Raimondo added that it’s hard to fathom what Renzi’s intentions are.

“He’s come from nowhere…what’s his plan? Is he just after power? He’s taking on a lot of risks…but either way, Italy needs action not empty words: we need jobs, bureaucracy needs to be tackled and taxes need to be lowered.”

Pensioner Matteo Calvarese is a supporter of Renzi, who at 39 would be the youngest prime minister in Italy's history and the youngest in the European Union.

“We have to wait and see, but we hope he brings about some good changes, which is what we’ve been needing for years,”  Calvarese told The Local.

“Look at how many people voted for Renzi to become leader of the Democratic Party – I believe he might just do something good.”