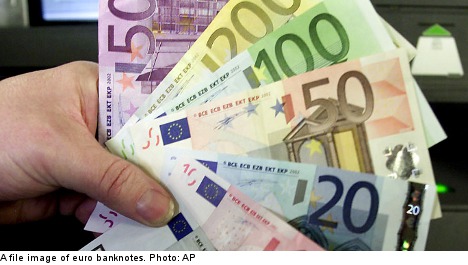 The ratings agency cited the "resilience" of government finances, despite Italy's high debt and the tough challenges facing the country's economy.

The update was scheduled weeks before and not directly related to the political tumult, with embattled Enrico Letta resigning as prime minister, paving the way for fellow Democratic party member and leftist leader Matteo Renzi.

Moody's said that even though Italy carries the eurozone's second highest debt load after Greece, it expects that burden to peak at below 135 percent of gross domestic product this year and hold steady as the economy begins to grow again.

In addition, Moody's said, the government can still manage its debt service at a tolerable 11.3 percent of government revenue because of the relatively
low cost of its debt.

The ratings agency also cited a reduction of the risks from potential government liabilities like banks needing recapitalization.

And it said that the government's large, contingent commitments of support to the European financial rescue funds, the EFSF and ESM, were now less imminent a burden than when the eurozone countries were struggling more.

Moody's stressed the political changes this week in the country did not affect its rating.

"Today's resignation of Prime Minister Enrico Letta and the expectation that Matteo Renzi will head a newly formed government does not alter Moody's expectations in this respect," it said.

Renzi, 39 and with little experience in high office, was almost certain to get the nomination to succeed Letta, but would then be tasked with building a coalition of his own.