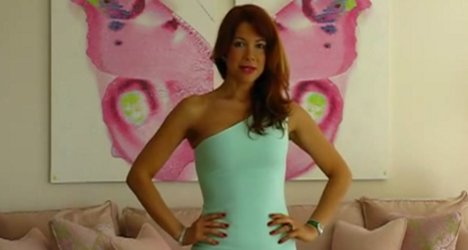 Efe Bal said she would pay tax if prostitution was legalized in Italy. Screenshot: Efe Bal/YouTube

A nude Efe Bal appeared at the entrance of Corriere della Sera on Wednesday morning, in the north of Milan, the newspaper said.

“I am a prostitute and I want to pay tax,” she was quoted in the newspaper as saying.

Bal said that she has received a €500,000 bill from Equitalia, the Italian tax collection agency, which she would willingly pay if only prostitution was legalized in Italy.

“A long time ago I asked for my profession to be regularized by the tax authorities,” the 37-year-old told Corriere.

“First and foremost, because it would guarantee me a pension. Also, if us prostitutes were taxed, others could contribute to Italy and we could finally lay claim to our rights,” Bal said.

While her naked protest was shut down by police and Corriere journalists, Bal’s idea of boosting the state coffers by legalizing sex work has recently been discussed by Milan politicians.

The Northern League (Lega Nord) party, the biggest party in Milan’s Lombardy region, in December called for a national referendum to change a 1950s law which closed brothels.

The party’s Senate leader, Massimo Bitonci, said legalizing sex work and making it a taxable trade “would be hugely significant for the state and local authorities”.