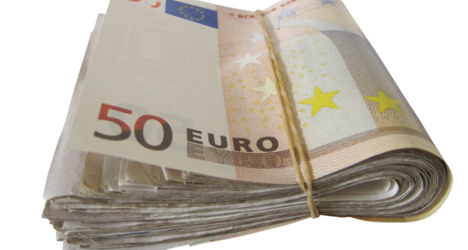 Eduardo De Falco, the 38-year-old owner of a pizzeria in Casalnuovo, Naples, took his own life last week after he was hit with a €2000 fine by the Labour Inspectorate, which he had just 24 hours to pay. He leaves behind a wife and three children.

According to initial reports, the inspectorate had discovered De Falco’s wife had been working there illegally, but further reports suggest two others were also working there unlawfully.

His suicide caused outrage among locals and business groups who say that small business owners are under too much financial pressure in the crisis.

Speaking at a protest organized by the 5 Star Movement, De Falco's brother suggested that the mafia would have been more lenient with his brother.

“The Camorra would have given my brother more time to pay. My state, the one which I pay taxes to, gave him 24 hours,” Arcangelo De Falco said.

Renato Pingue, the director of the inspectorate that imposed the fine, however, rejected the comment, telling La Repubblica newspaper: “The comparison makes me indignant. You can’t compare the state and the mafia."

Reacting to the claim that the inspectorate imposed the fine solely because the man’s wife was working there, he said: “I can only reiterate that what happened was not because my inspectors found the wife of the baker at work. With her was a person who was working illegally and another who ran away.

The incident has added to the growing indignation of small business owners.

“I knew Eduardo De Falco,” Gaetano Coppola, vice president of Confcommercio Napoli, who also lives in Casalnuovo, told La Repubblica. “He was a great worker and made an excellent product.

“He was a very balanced man. If he decided to take his life it’s because he couldn’t stand the economic hardship any longer and the fine was the last straw.

“His death adds to the [list of] some ten shopkeepers who killed themselves because of the impossibility of negotiating tax with local organizations, with offices that impose fines and tax collection notices that would require at least one installment, which is often impossible to ask [of them].”

Last Tuesday an estimated 60,000 Italians protested in central Rome, calling for greater action to save the millions of small- and medium-sized businesses which employ almost half the country’s workforce.